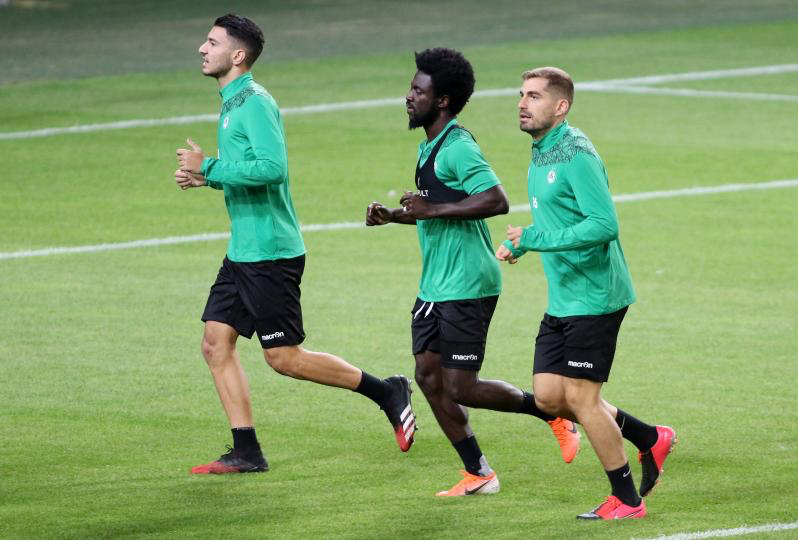 Ghanaian winger Ernest Asante came off the bench to help AC Omonia Nicosia advance to the semifinal of the UEFA Champions League qualifiers at the expense of Red Star Belgrade in midweek.

The Cypriot giants have been the surprising package in the stop-gap format qualifiers to Europe's elite competition.

The Green lads, who pulled a shock victory over Polish giants Legia Warsaw in the last round, went into the match against Red Stars Belgrade as underdogs.

But Henning Berg's men dominated their opponents and deservedly opened the scoring through Michael Luftner in the 31st minute.

AC Omonia however failed to hold onto the lead to half time as Mirko Ivanic struck from close range on the stroke of half time to restore parity for the visitors.

With the match heading to penalties after the 90 minute, Ernest Asante was brought on in place of Thiago Santos in the 118th minute.

The Ghanaian was chosen among the penalty takers and he did just justice to that by sending the goalkeeper to the wrong way in the side's 3rd shootout.

AC Omonia managed to edge out the Serbians 2-1 in the shootout to advance to the semifinals of the competition.

The Cypriots side will engage Greek giants Olympiakos in the next round. The match will come off on Wednesday, September 23 at the Georgios Karaiskakis Stadium.

Watch highlights of the match below;