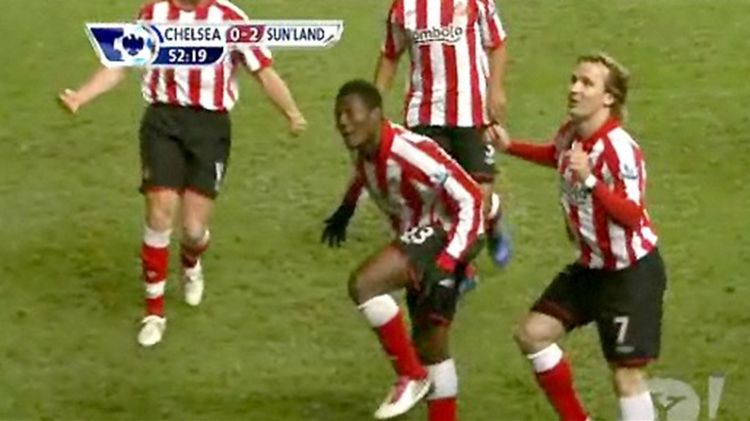 Zenden became a cult figure at the Stadium of Light during his two-year spell at the club.

The now 43-year-old is fondly remembered for his infamous goal celebration dance with Gyan in 2010.

When Gyan scored, and celebrated in front of the travelling Sunderland fans, he pulled out one of his trademark dances.

Against his better judgement, Zenden decided to join in, but lacked the natural rhythm of the Ghanaian international striker.

Zenden’s hilarious dance which was named ‘dad dance’ became a subject on the lips of every advocate of the Premier League.

When asked 'what was with the dad dancing at Sunderland with Asamoah Gyan?' Zenden replied: "I saw that an Instagram the other week!

"We won 3-0 away at Chelsea, and when he went to the corner to do his quirky dance, I joined in with him.

"It was always meant to be funny. I saw plenty of comical parodies afterwards; Strictly Come Dancing footage with our heads attached to the dancers.

"After that game, the Sunderland fans would sing: 'Zenden give us a dance...'

"I can appreciate that kind of banter."