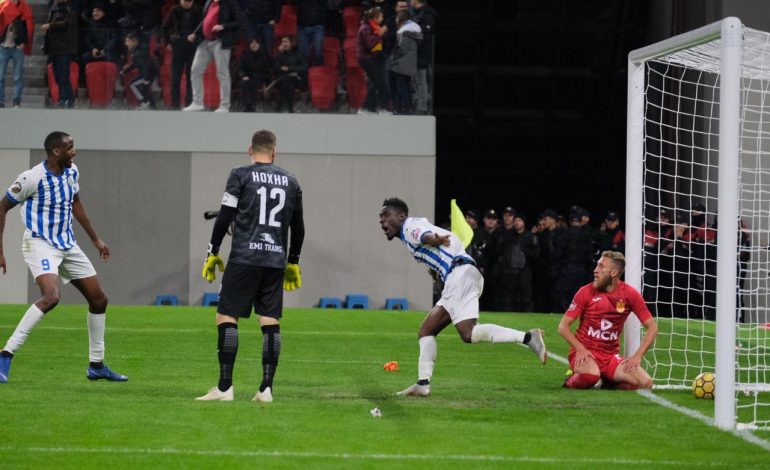 Winful Cobbinah celebrates after scoring the winner in the Tirana derby

Former Hearts of Oak midfielder Winful Cobbinah is making big waves in the Albania top-flight after scroing the winner in the biggest match of the season to end Patizani Tirana's dominance over KF Tirana.

The 28-year-old scored in the 90th minute to hand the visitors their first win in six years over their city rivals that has already made him a legend among FK Tirana fans.

The White and White defeated Partizan 1-2 at the new Air Albania Stadium with goals from Bath and Cobbinah, while for Partizan, Bardhi scored.

The intense rivalry between the two sides makes the match the biggest of the season and with Cobbinah excelling in the match over the weekend newspapers  have been focusing on him.

With this victory means Tirana move to fourth on the league table on 25 points while Partizani are just behind their arch rivals thanks to a goal difference.