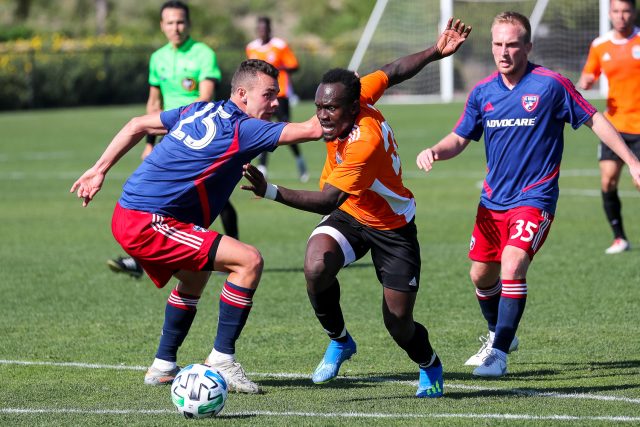 He has even scored his first goal for the club against his parent club in a friendly last week.

Midway through the second half, Atuahene took the ball down the middle of the Dallas defence.

He cut to his left, getting around the Dallas center-back, then jabbed the ball to his right with a sneaky unexpected shot.

The Dallas keeper got a foot to the shot, but the ball jumped up and sailed into the goal.