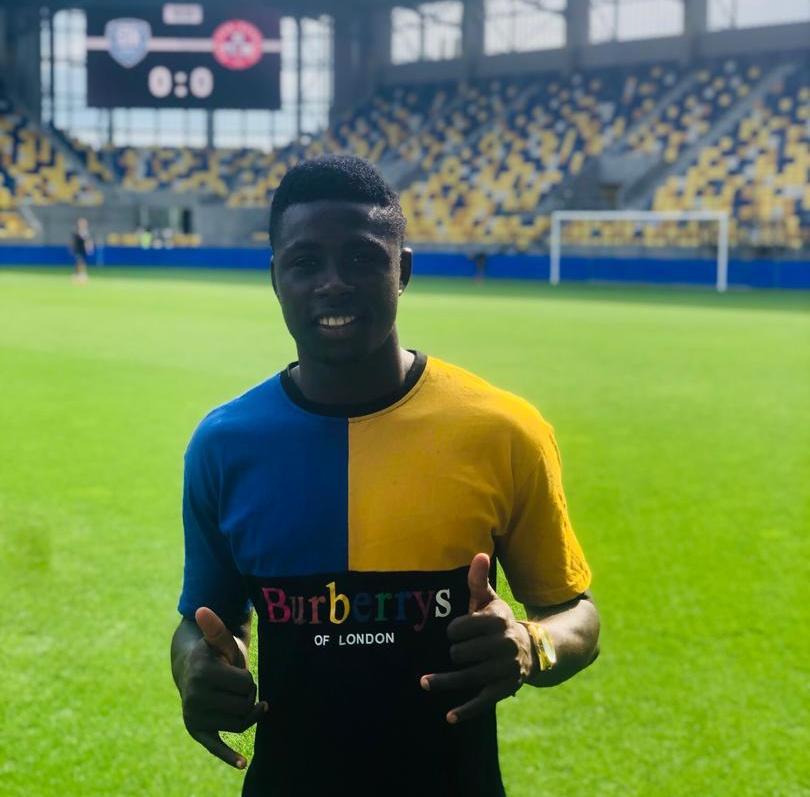 Ghanaian youngster Ernest Boateng scored a goal-of-the-season contender when he smashed in an audacious acrobatic kick during DAC U-19 encounter against Slovan Bratislava Under-19.

The 18-year-old rose almost unnaturally high before acrobatically firing the ball into the net with an incredible bicycle kick.

Boateng’s goal is akin to that of Cristiano Ronaldo’s acrobatic effort against Juventus in the UEFA Champions League at the Allianz stadium.

The goal is likely to contest for the goal of the season.

Below is a video of the goal;