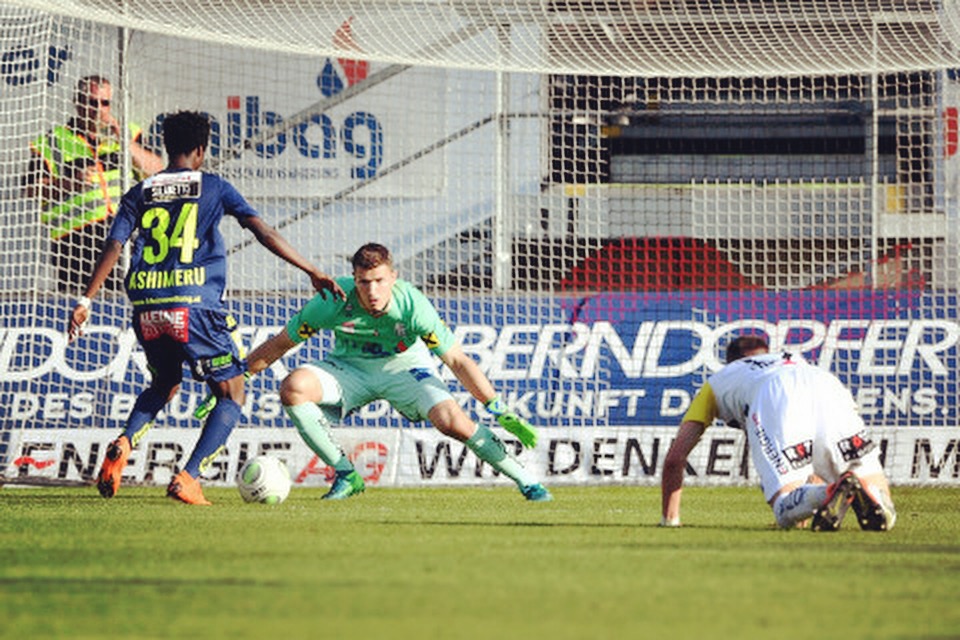 Majeed Ashimeru dribbles past the goalkeeper to score.

Former WAFA star Majeed Ashimeru scored a fascinating goal in stoppage time for Wolfsberger AC in their 3-1 -0 win over Samuel Tetteh's LASK Linz in the Austrian top-flight on Sunday.

The on-loan 20-year-old stole the ball from the centre circle and raced with it inside to go 1-v-1 with the Linz goalkeeper.

Ashimeru shimmied past the gloves man by drifting to the right before slotting into the gaping net.

It was his second goal of the season in 14 league appearances for WAC since joining in the January transfer window.

Ashimeru is owned by champions Red Bull Salzburg and played the first half of the season on loan at second-tier side Austria Lustenau.

We tip our hat to former academy boy Majeed Ashimeru [@MajeedAshimeru] for his goal against @lasklinz, the team of another academy boy Samuel Tetteh [@samuel_Tetteh29]