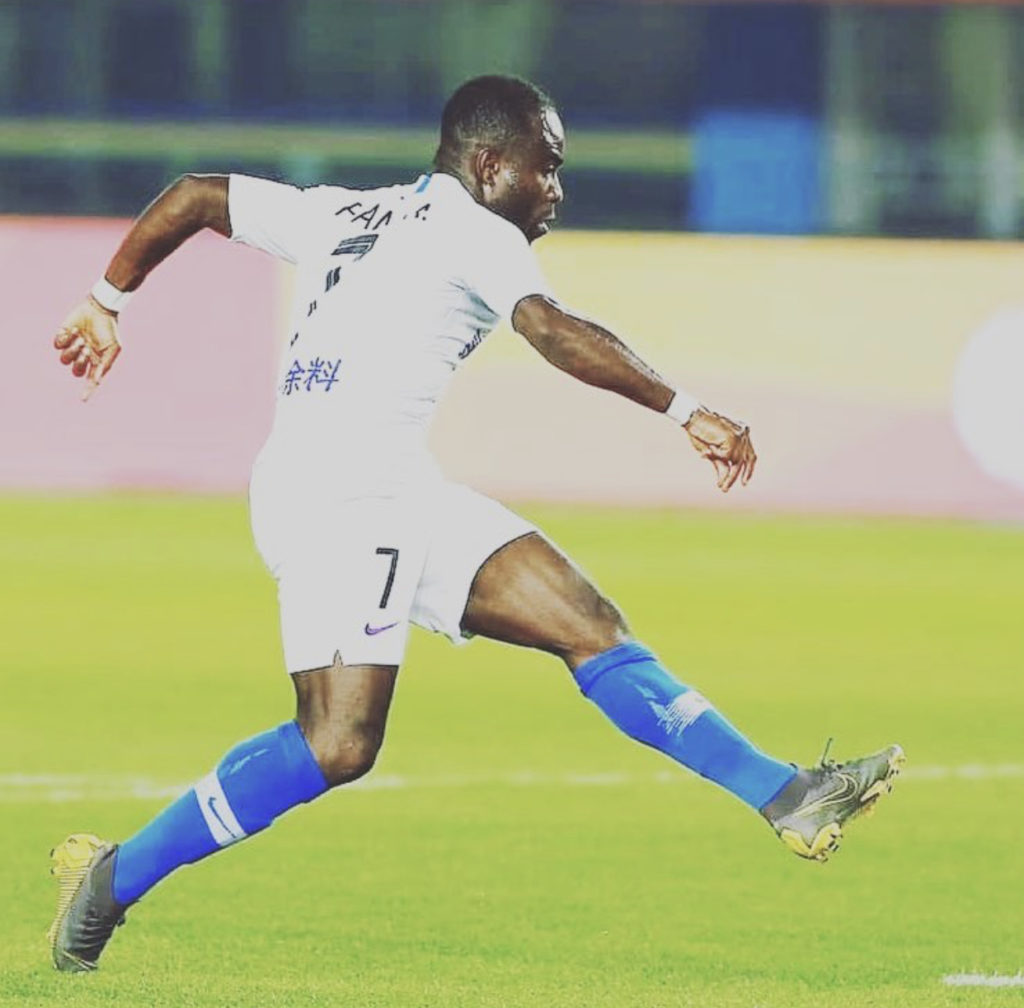 Ghana winger Frank Acheampong failed to pull off a Jorginho-like penalty during Tianjin Teda 4-1 loss against Shanghai SIPG in the Chinese Super League on Monday.

Tianjin Teda, who are yet to record a victory this season after seven round of matches, were hoping to recover from their poor league form when they travelled to the Suzhou Sports Centre to engage high-flying Shanghai SIPG.

But the Blue and White lads hopes were dented after 25 minutes of the game when Uzbek midfielder Odil Akhmedov put Shanghai SIPG in front with a powerful drive.

The hosts ensured they finished the first half strongly after Brazilian star Hulk poke home the second goal of the match in the 45th minute.

Tianjin Teda had a glorious opportunity to get back into the game after they were handed a penalty just seconds later.

Second half strikes by Marko Aunautovic and Oscar gave Shanghai SIPG a 4-0 lead before Honglue Zhao netted a consolation for the visitors in the 92nd minute.