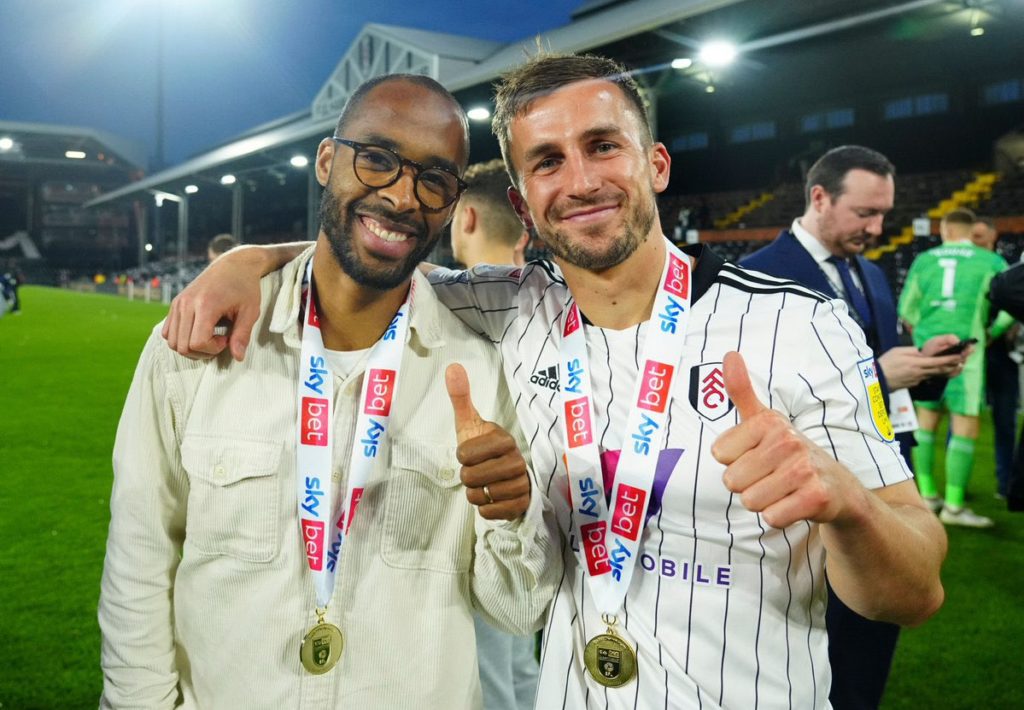 Odoi left the club in January to join Club Brugge without getting a proper farewell.

However, at the coronation of the English Championship winners on Monday night, the 33-year-old was deservedly celebrated for his services to the club as fans sang and chanted his name.

Dennis Odoi was also presented with the Forever Fulham award and a medal for playing a part of the season before his departure.

"It's very nice. Obviously, I didn't expect to leave and it all happened quickly. I didn't have a chance to say goodbye so when I saw people say they are playing on Monday, I decided to come," he said.

Odoi made 177 appearances for the club, helping them to three promotions.

The Belgium-born Ghanaian played a major role as the Black Stars earned a return to the FIFA World Cup, starring in the playoff against Nigeria.