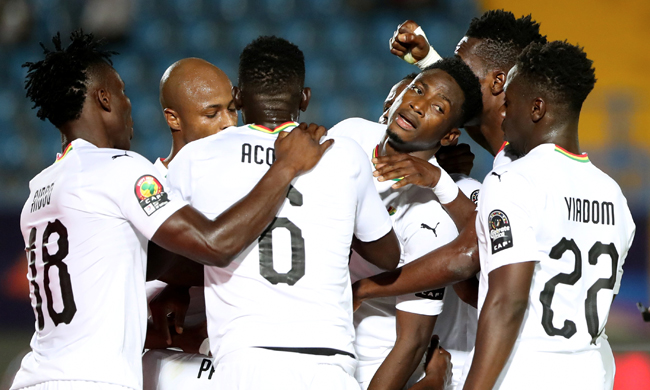 Jordan Ayew and Thomas Partey delivered Ghana into the knockout stages of the Africa Cup of Nations with second half goals as they beat Guinea Bissau in their last group game at the Suez Stadium on Tuesday.

The 2-0 victory catapulted Ghana to top place in Group F, by the narrowest of margins ahead of Cameroon on the number of goal scored, avoiding a weekend clash with arch rivals Nigeria.

Ayew, who also struck the woodwork twice, showed both strength and guile as he broke down the left flank, shrugged off two defenders and then curled the ball into the far corner some 30 seconds into the second half.

Partey added the second in the 72nd minute as he slid home a cross from left back Baba Rahman.

Watch video highlights of the win below