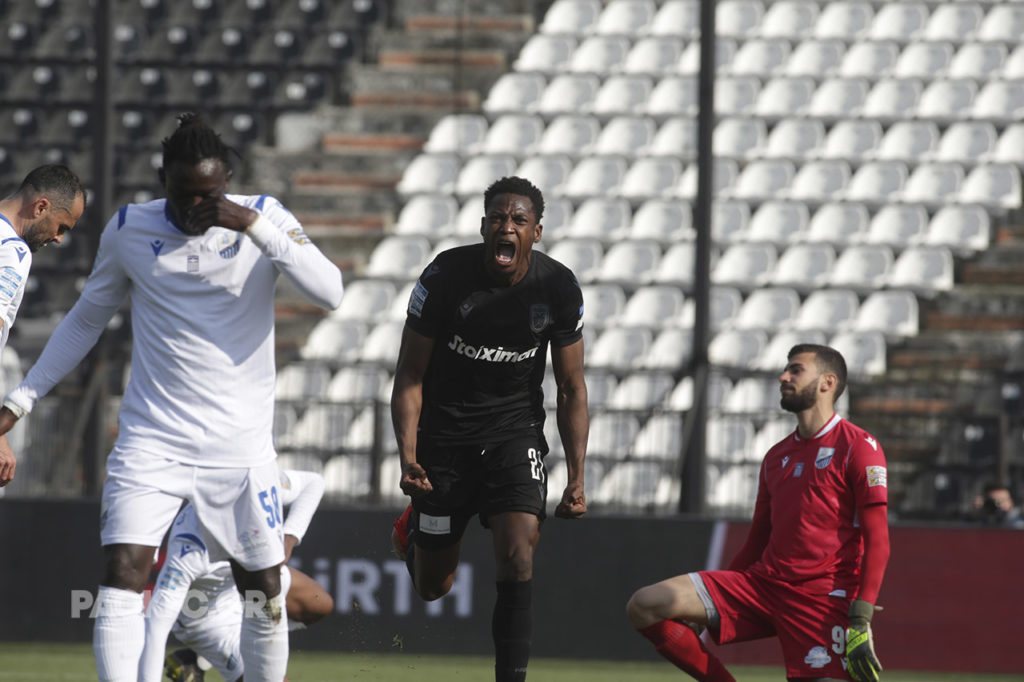 Baba Rahman celebrates his goal for Greek side PAOK

Ghana defender Baba Rahman has put to rest concerns about his future in the game after scoring on his debut for Greek top-flight side PAOK on Sunday in the league game.

Baba scored the first goal in the convincing 4-0 victory against Lamia at Stadio Toumbas in Thessaloniki.

The Chelsea right-back, who is on loan at the Thessaloniki side, scored the fantastic goal against Lamia in their Greek Super League match in his first appearance in the European country's league.

The defender, whose career has been blighted by injuries, showed his revival when he found himself in the box, beat his marker before hitting a low drive into the net for his first goal of the season.

The game is Rahman's first taste of top-flight football in over a year after injuring his knee while playing for Mallorca in the Spanish La Liga back in 2019.

Baba was handed his debut on Sunday after impressing the technical team of PAOK with his technique, attitude and integration into Greek culture.

The 26-year-old joined PAOK on loan from Premier League side, Chelsea, until the end of the current season.

The Ghanaian made just 23 appearances for Chelsea since his move from German side Augsburg in 2015 for a record transfer fee but the injuries conspired against him.

Baba moved to the Blues in England after a run of fine outings for Augsburg in the Bundesliga by signing a five-year deal.

He made his Chelsea debut in a Champions League match against Israeli club Maccabi Tel Aviv before making his Premier League bow in a 2-0 win over Aston Villa.

The defender was sent out on loan to German giants Schalke before a long-term injury sustained while playing for Ghana at the 2017 Africa Cup of Nations affected his career.