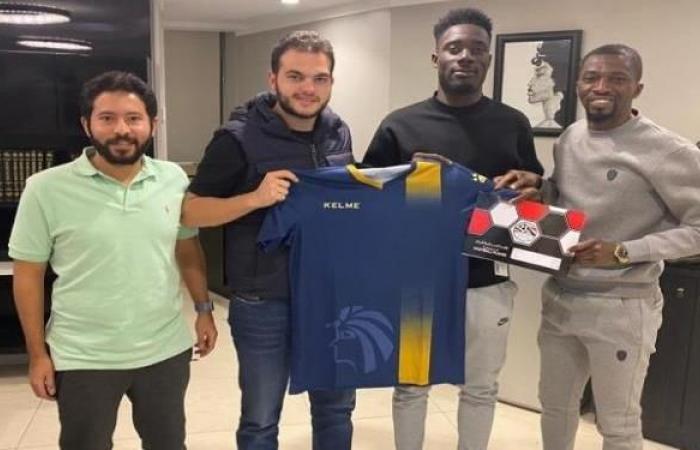 Egypt football is awaiting the promised magic to be on display when talented Ghanaian magician Winful Cobbinah makes his debut for newly-promoted Ceramica Cleopatra.

The former player of Ghana's Hearts of Oak Club, the player dubbed as the Magician signed an official contract for three seasons, according to a statement issued by Ceramica Cleopatra.

His talent is what Egyptian football is waiting to see following the midfielder's decision to leave Albania.

Who is Winful “The Magician” Cobbinah

In 2014, Cobbinah signed for Saudi Arabian club Najran, but later terminated his contract at the club due to unpaid wages.

In 2017, He returned to Hearts of Oak and made 25 league appearances, scoring five times in his second spell at the club.

On 13 July 2018, The Ghanaian Magician signed for Tirana.

In October 2020, it was revealed that Cobbinah was awarded Albanian citizenship by President Ilir Meta.

The player is dubbed as the magician due to his unique talent as a play maker and his ability to pass the ball effectively in the midfield area.