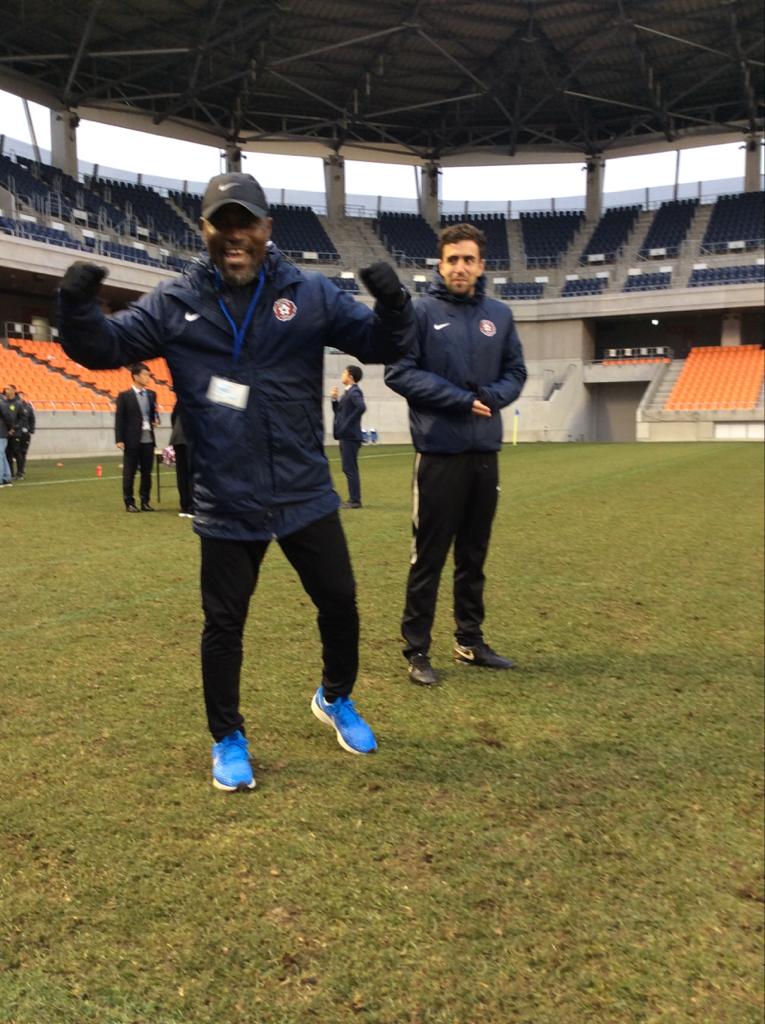 Ex-Ghana star Laryea Kingston has become the first African coach to win the famous J-League International Youth Cup in Japan after leading the Ghanaian side Right to Dream Academy to capture the title on emphatic fashion on Sunday.

The former Black Stars player led the iconic academy as their U17 coach to win the tournament on Sunday after hammering home side Omiya Ardija 3-0 in Sunday's final of the tournament featuring some of the best youth sides in the world.

It was Kingston's first attempt at coaching after retiring from the game to focus on his post-playing career which looks to be a flying success path with the impressive start with some of the best talents from Ghana.

He won all four matches to help them capture the title for the Akosombo-based academy.

Right to Dream were drawn in Group A of the eight-team international tournament they won last year after impressing in the competition by defeating Ulsan 2-0 in the final last year.

They faced home sides Fukuoka and Nagoya as well as South Korean club Gwangju to win the group that sent them to the final.

Brazilian giants Flamengo were in Group B where they played Swedish club BK Hacken and home teams Gamba Osaka and Omiya, who topped the group to meet Right to Dream. 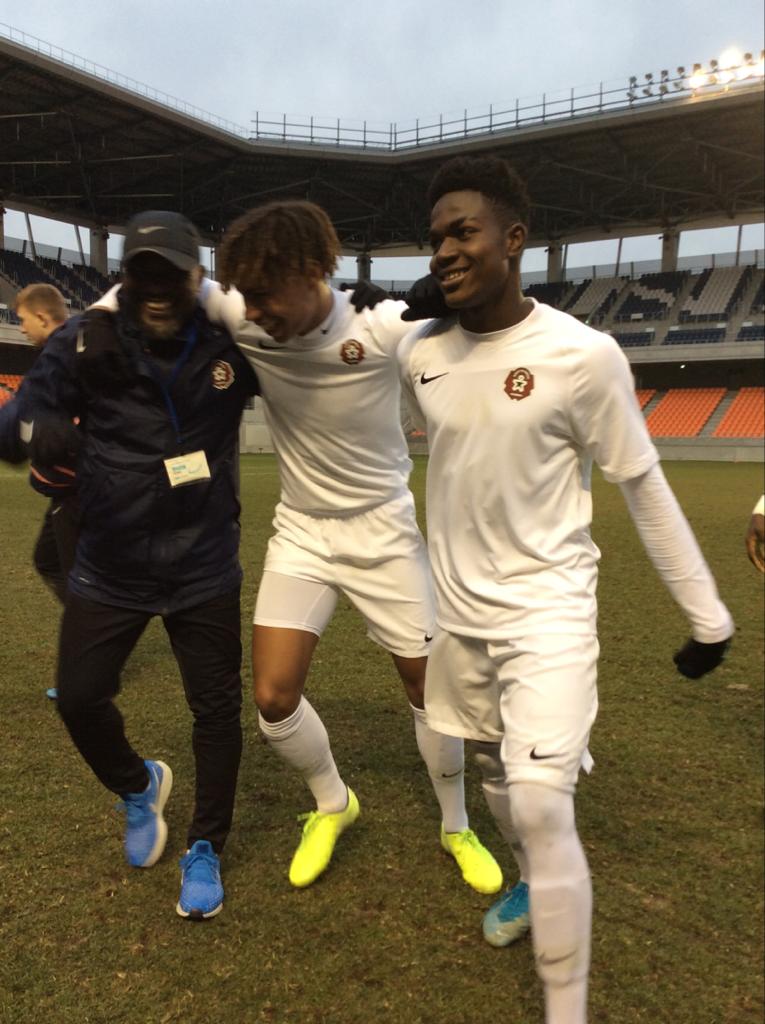 Laryea Kingston celebrates with some of his players after winning the title
The 2019 J League International Youth Cup in Nagano started on December 18th (Wednesday) and ended on December 22nd (Sunday).

The ex-Ghana star led the Akosombo-based football grooming school at the tournament in Asia as part of their annual international competitions they participate in.

The former Black Stars player has selected 21 players he travelled with for the tournament played in the city of Nagano.

The SuperSport television pundit is venturing into coaching and match analysis after retiring from the game after over two decades of his football playing career.

He played in Ghana, Italy, Libya, Russia, Israel and Scotland before joining the Right to Dream academy to learn how to train the next generation of footballers.

He also already visited Danish side Nordsjaelland to join the coaching staff for two weeks as part of his training to become a coach as their feeder academy in Ghana.

Glory be to the almighty...J league youth tournament champions 2019#right to dream (RTD)