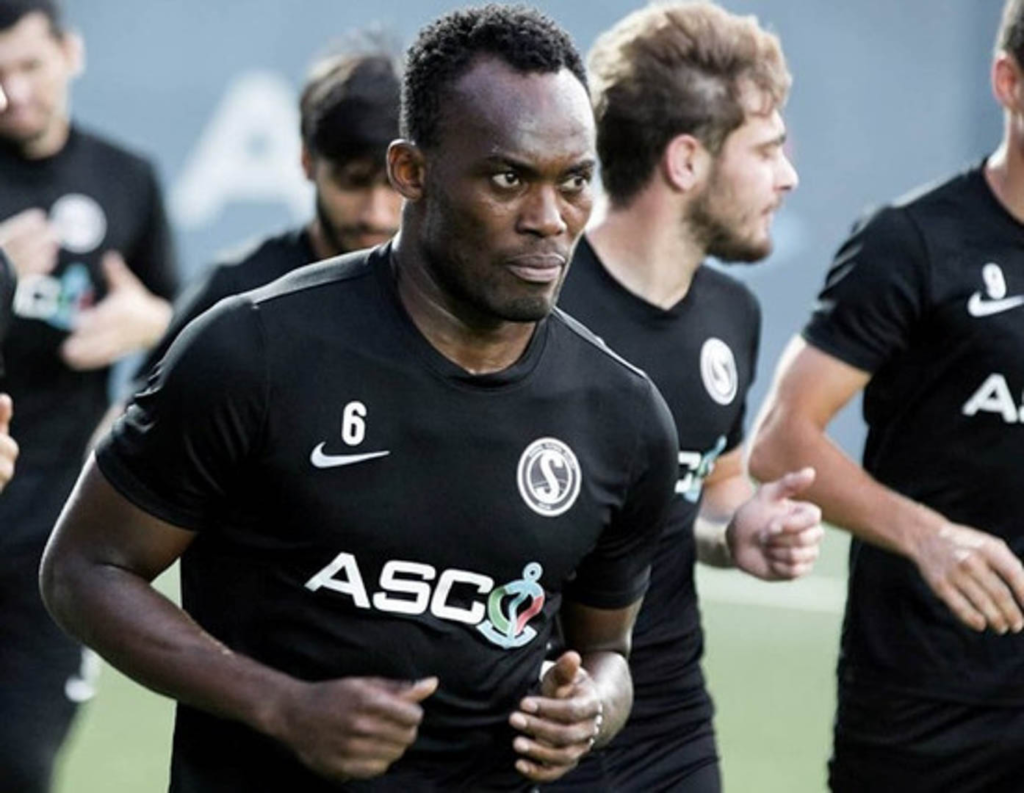 Ghana hero Michael Essien is set to spend sometime on the sidelines after suffering a groin injury during Sabail FK 1-1 draw with Neftchi PFK in the Azerbaijani Premier League.

The veteran midfielder sustained a groin injury and was substituted 16th minute of the game.

Essien was unmarked at the time of the injury. He made a long pass and a few seconds later, he played the ball out of play while he expressed pain and walked out of the pitch.

The former Chelsea star was later replaced with Elchin Rahimli.