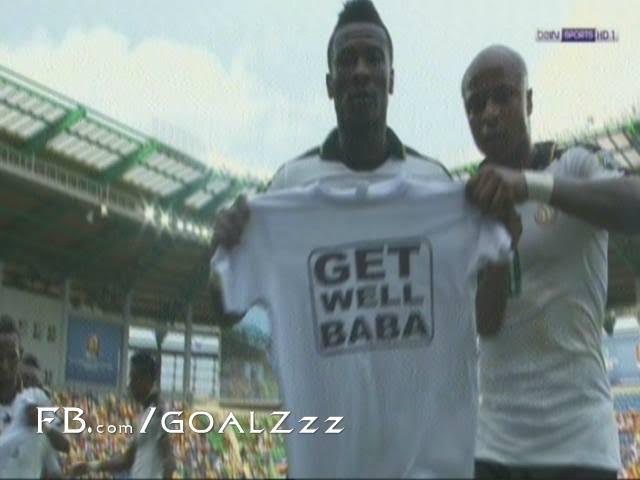 Ghana players paid a tribute to their injured team-mate Baba Rahman by producing a t-shirt with the message 'Get well Baba' when they beat they beat Mali 1-0 at the 2017 Africa Cup of Nations on Saturday.

The Chelsea player, who is on loan to German side Schalke was a key player of the Black Stars squad but suffered a knee injury in their opening match against Uganda on Tuesday.

He left the Ghana camp on Friday to England to undergo treatment in London as he might require surgery over the knee problem.

And when Asamoah Gyan scored in Saturday's game he rushed with his other team-mates to the bench where they produced the T-shirt with the message to Baba on it.

The solitary goal was enough for Ghana to see off Mali 1-0 and book their place in the Africa Cup of Nations quarter-finals on Saturday.

The Black Stars captain handed his side the lead in the 21st minute when he headed home a Jordan Ayew cross and 2015's losing finalists successfully held on for the remainder.

Avram Grant's men had every reason to be confident heading into the encounter as the only team to have reached the semi-finals in each of the last five AFCON tournaments, having also won their Group D opener against Uganda 1-0.

Mali, on the other hand, recorded a scoreless draw against Egypt on matchday one and had set their sights on another surprise result in Port-Gentil.

Watch video of the gesture to Baba Rahman below