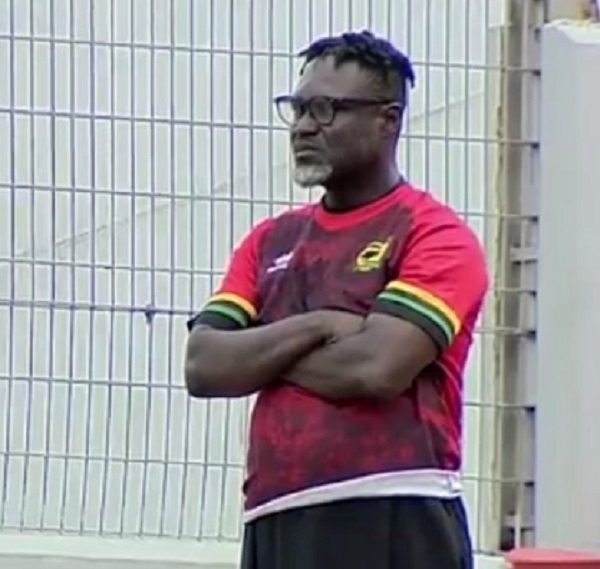 After years of using his medium to badmouth and rundown the Ghana Premier League, one of Ghana’s famed sports journalists is facing his comeuppance.

This was the same person who produced screeds on his TV show; Fire For Fire on Adom TV denigrating the local league for years.

Broadcasting in the local language Twi, Agyemang labeled the Ghana top-flight as ‘rubbish’ and ‘debris’. His stock-in-trade was to always highlight the negatives of the league and blow them out of proportion.

He got massive support from his populace and phone-ins were unanimous.

Little did he know, he was burning his own fingers.

Now he has to rebuild what he destroyed but shamefully he can’t.

"Kotoko supporters, we beg you. Always come and watch our matches. Forget about everything. Management will listen to you and work with you," he begged on Kumasi-based Nhyira FM

The all-knowing journalist waged a negative campaign against local football, rubbishing every initiative of the governing body.

He waged a toxic and a sustained campaign against local football in Ghana but has now being caught in the crossfire and battling against his own shadow after failing to attract Asante Kotoko fans to the stadium.

The chicken have come home to roost as fans appears to have heeded to his calls finally to stay away from the stadium.

His years of diatribe is yielding results as local clubs struggle to attract numbers to the stadium following a massive brand battering.

The Ghana Premier League is suffering from one of its lowest ebb in patronage with giants Kotoko and Hearts of Oak failing to attract supporters.

As stakeholders continue to grapple with solutions, critics say the loud-mouth journalist must take a fair share of the blame for the current predicament.

He is in charge of events and promotions for powerful Ghanaian side Asante Kotoko - who are now reeling under the weight of low patronage.