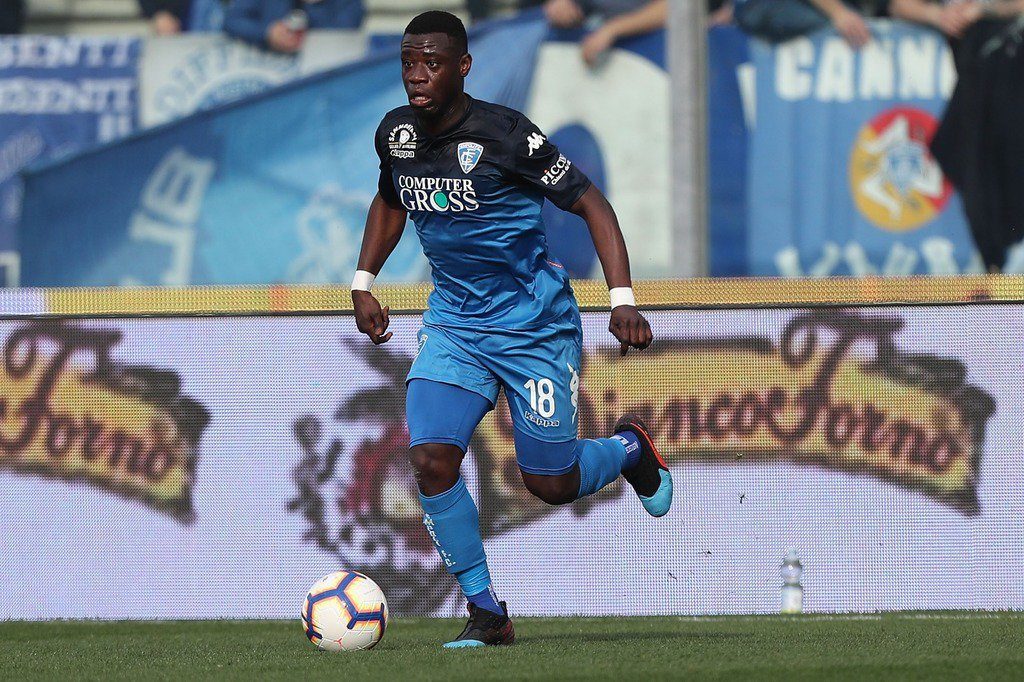 Ghana midfielder Afriyie Acquah scored they hammered his former side Torino as his club Empoli battled to avoid relegation from the Italian top-flight on Sunday.

The Black Stars player scored from the edge of the box after a mistake by Napoli's Nigerian defender Ola Aina sparking hopes of survival hopes for Empoli.

The Ghanaian managed to place the ball past goalkeeper Sirigu with a well-placed shot that opened the scoring the match.

Acquah wore Toro's jersey for two seasons (2015/16 and 2016/17) after he was also very close to moving to the English Premier League last season.

The 29-year-old midfielder moved to Empoli and this season he has made 26 appearances.

This is his second goal of the season.

Watch goal of Afriyie Acquah in the Serie A against Torino below:

This is what I call S. M. S in football... (Scoring Made Simple) #EmpoliTorino pic.twitter.com/xbpQMNFl1I