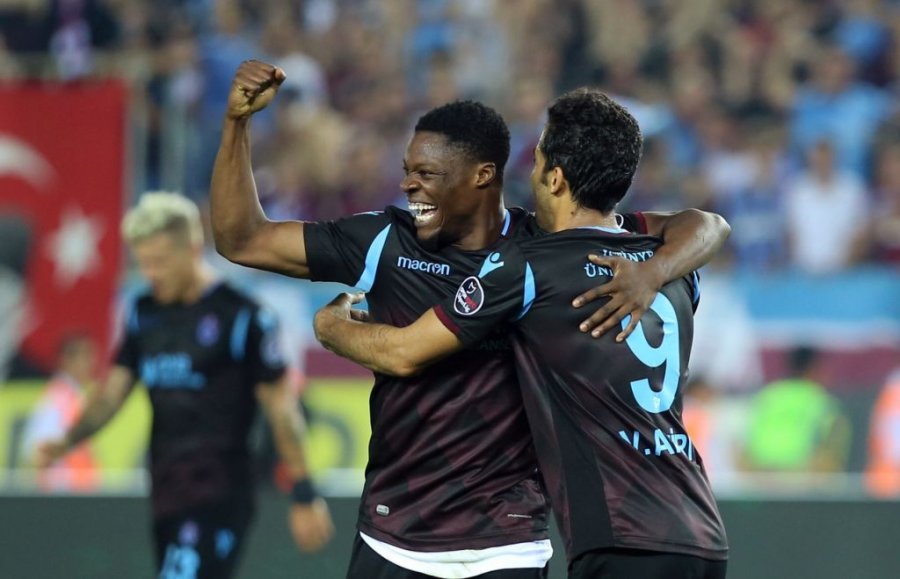 Caleb Ekuban celebrates his goal for Trabzonspor against Sparta Prague

The Black Stars attacker was crucial in the first-leg of the third qualifying round of the Europa League as with a fantastic goal and an assist managed to help Trabzonspor avoid defeat.

With his back towards the goalpost, Ekuban lifted himself from the ground, turned 180 degrees to slam home the goal that gave the visitors hope after going two goals down.

Ekuban in the 84th minute took advantage of the Argentine Sosa free-kick to score the spectacular goal and in the 89th minute he assisted Norwegian Sorloth who tied the score at 2-2.

Since moving from to the Turkish top-flight side, Caleb Ekuban has been experiencing growth in his football career.

After playing at the African Cup of Nations where he was one of the top Ghanaian national team players, Ekuban has come back stronger than ever before.

His compatriot Benjamin Tetteh missed several scoring opportunities for the Czech side in the play played in Prague.

Watch video of Ekuban below: