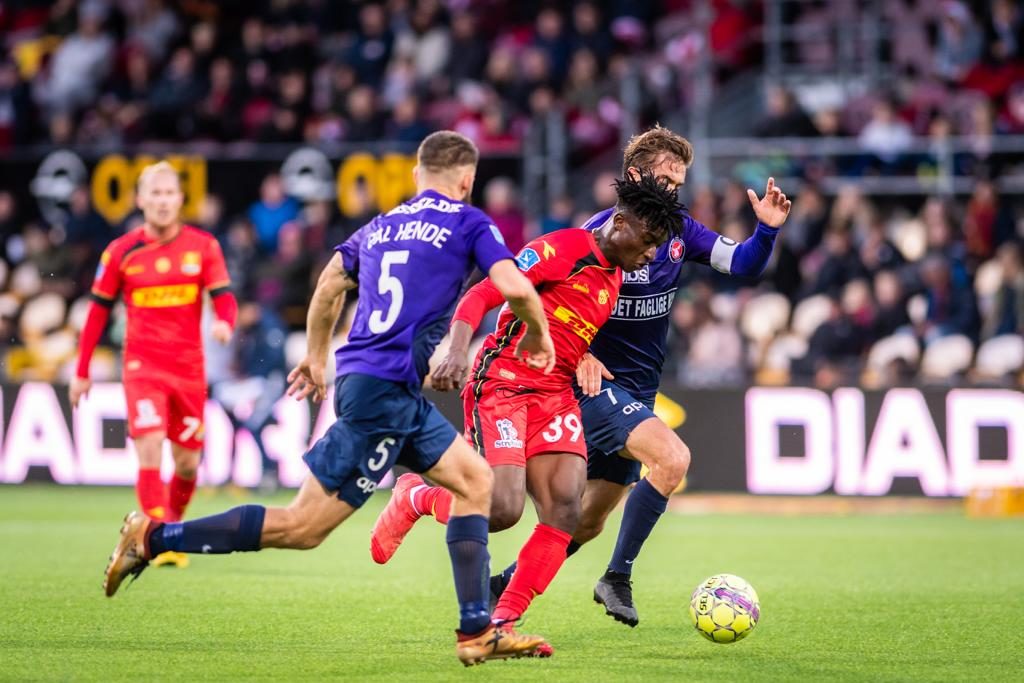 The 18-year-old, who plays for regularly for highflyers Nordsjaelland,  - promoted directly from their feeder side Right to Dream Academy in Ghana - is among five player players being tipped for Player of the Season award.

His performances have drawn top scouts from all the six top leagues of Europe as word of his immense talent has reached ambitious clubs who are seeking to sign him after just ten months of playing in Europe.

With 23 appearances and two goals, even though he missed several games while playing for Ghana at the U20 youth championship in Niger earlier this year, Kudus' performances by far outnumbers several Ghanaians playing for the senior national team and based in Europe as many of them warm the bench.

Having played in several top European youth tournaments with Right to Dream before being spotted by Ghana U17 and U20 national team handlers, his experiences helped him to settle quickly when he joined Nordsjaelland in August last year.

Straight from the academy in Ghana, Kudus was not overawed by the big players and big stage in Denmark, quickly establishing himself as a first team player and playing most of the matches with widespread recognition of his immense talent. 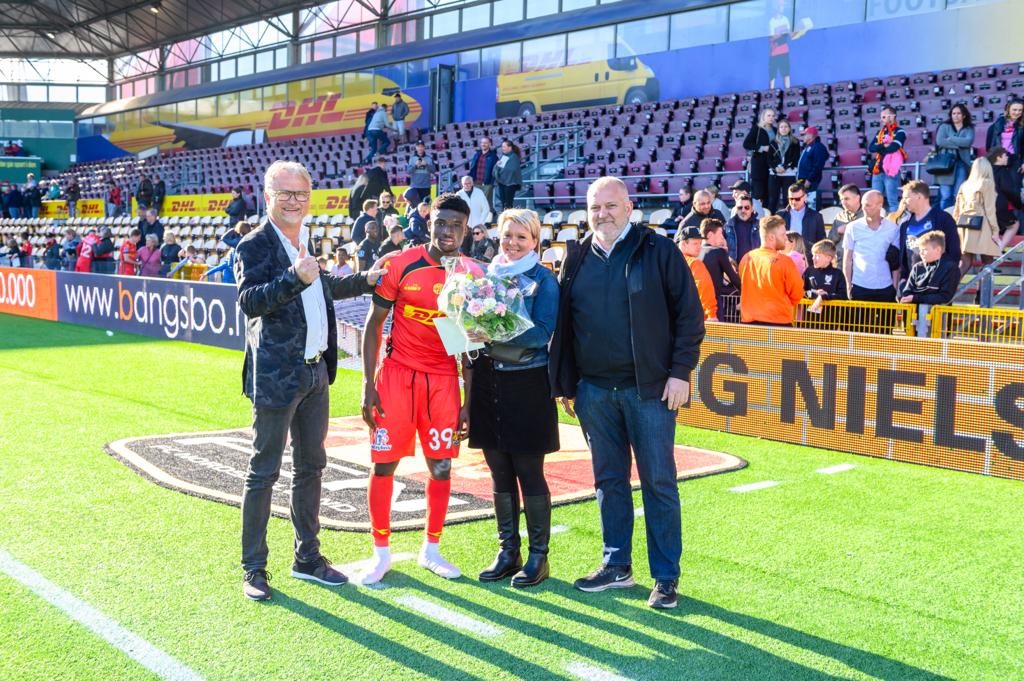 Blessed with a lion heart, pace, power, immense dribbling ability and most importantly a passing ability that wows visiting Europeans scouts, Kudus cuts a figure of talented superstars of Sulley Muntari and Michael Essien rolled into one.

He posses the powerful left foot of Muntari that helps him to surprise opponents of long range shots while his strength and passing ability reminds Chelsea nostalgics of Essien in his prime at the English side. 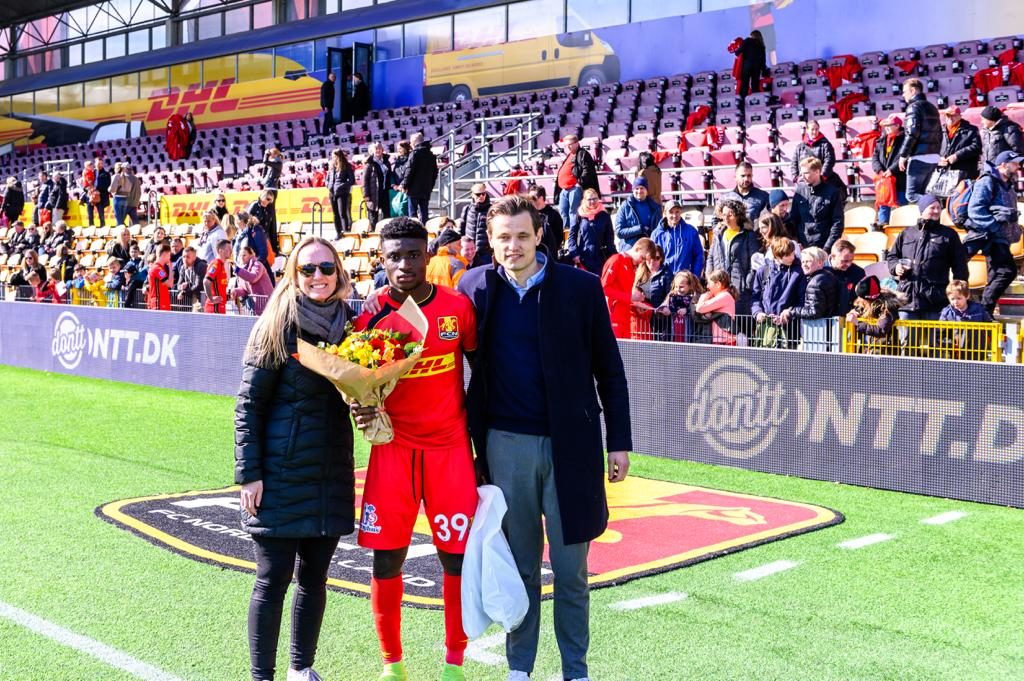 Kudus receives the Match of the Match award in the game against Esbjerg
Word of his performance reached Danish football fans as he thrilled the crowd in Nordsjaelland’s clash with regular UEFA Champions League participants FC Copenhagen before the scouts from the top clubs joined the fray.

Kudus arrived from Right to Dream Academy, which he joined at the age of 12, in August 2018 together with two teammates, Ibrahim Sadiq and Gideon Mensah, all three at the age of 17 who are also showing early signs of being future stars. 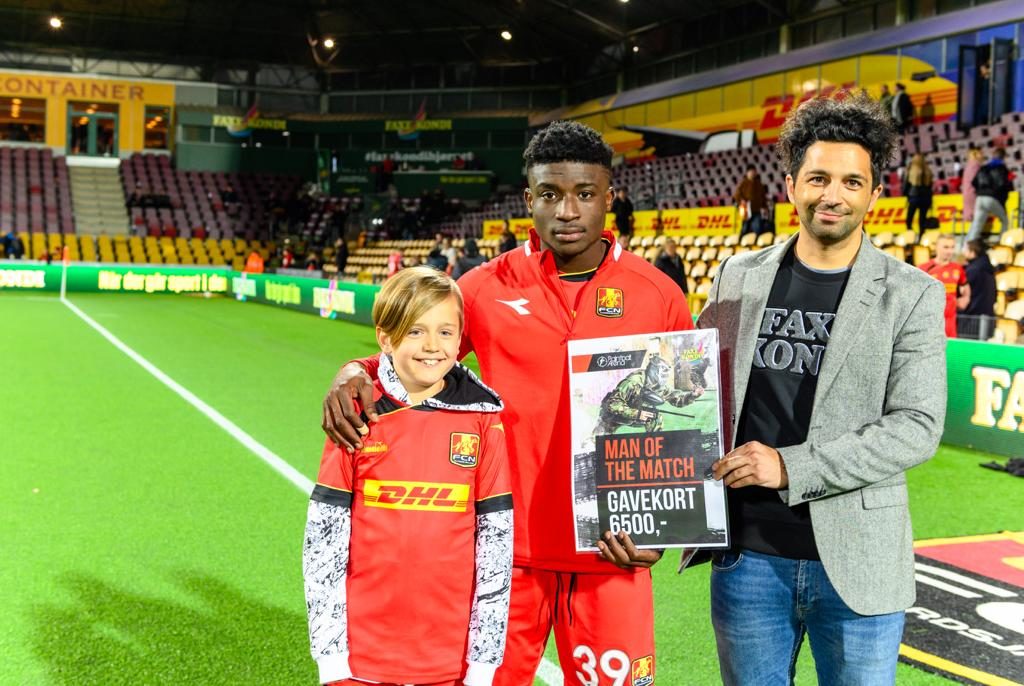 Kudus took the Man of the Match award in the clash with Brondby
Kudus got his official debut for FCN only three days after his 18th birthday, in a 0-2 defeat against Brøndby IF.

He played from the first minute as an attacker, but was replaced in the half time. With his debut, he became the 9th youngest debutant in the history of FC Nordsjælland.

The coach switched his normal playmaker or defensive midfield role which has shown his talent to the world.

Kudus was one of the young stars at the U17 World Cup in India two years ago.

Watch video of the performance of Kudus in the Denmark top-flight below: