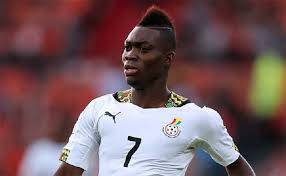 Ghana winger Christian Atsu has been exposing some of the deep secrets in the Black Stars revealing the identity of the worst singer in the national team.

The Black Stars take on Benin in their Group F opener on Tuesday and the Newcastle player revealed the biggest joker in the team as well the best players in various positions.

Watch below is the full interview with the winger

The four-time champions landed in Cairo on Friday from their camping base in Dubai, UAE.

All 23 players were involved in the work out session at the Suez Canal Sports Complex- a designated training ground for the tournament.