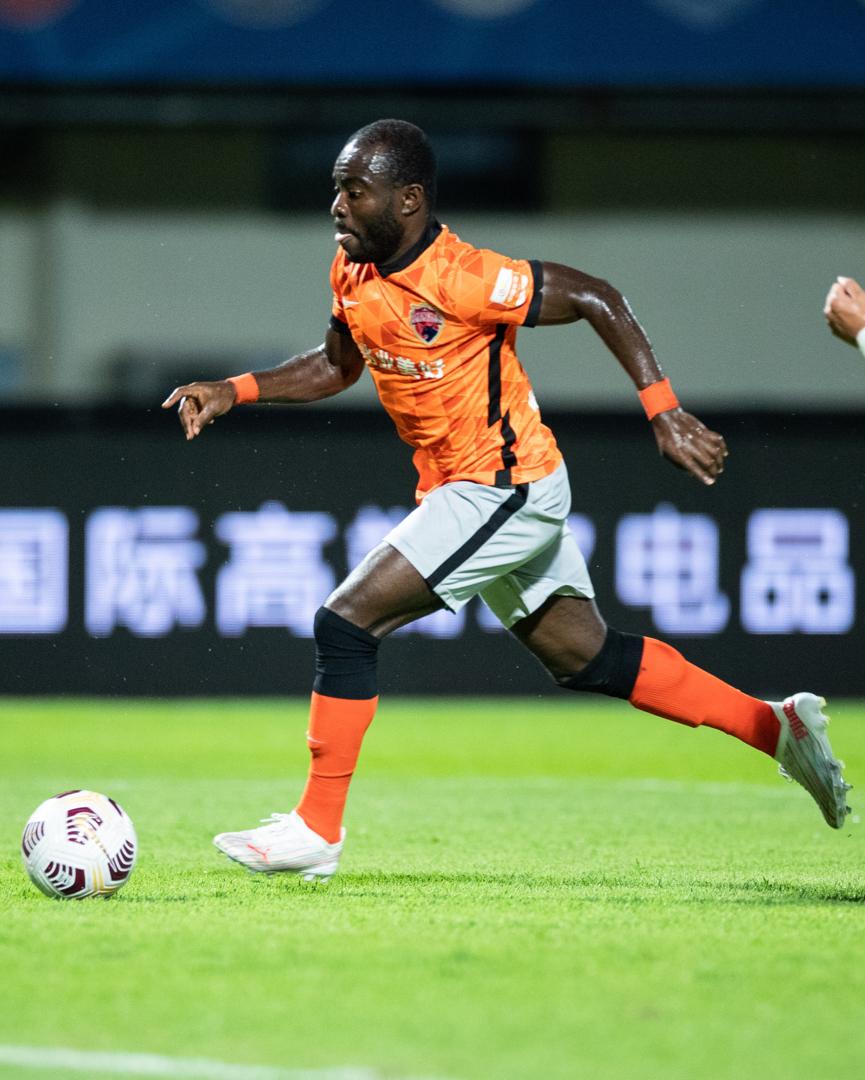 Ghana international Frank Acheampong scored with a fine effort on Monday morning to provide a consolation for Shenzhen FC in the team’s 3-1 defeat to Shanghai Port.

The pacey winger today started for his team when they hosted the matchday 15 opponent of the 2021 Chinese Super League.

In a game played at the Shenzhen Universiade Sports Centre, things unfortunately did not go well for Frank Acheampong and his teammates.

Despite being dominated by Shanghai Port, the Black Stars attacker excelled with his performance as he dragged the team on his shoulders to try and get something out of the game.

Unfortunately, his consolation goal in the 50th minute was not enough to earn any point for Shenzhen FC at the end of the 90 minutes.

Goals from Li Shenyuan, Oscar, and Aaron Mooy propelled the visitors to secure a delightful 3-1 win.

On the matchday, Frank Acheampong who now has four goals from 15 matches in the Chinese Super League this season lasted the entire duration of the game against Shanghai Port.

Watch the goal below..