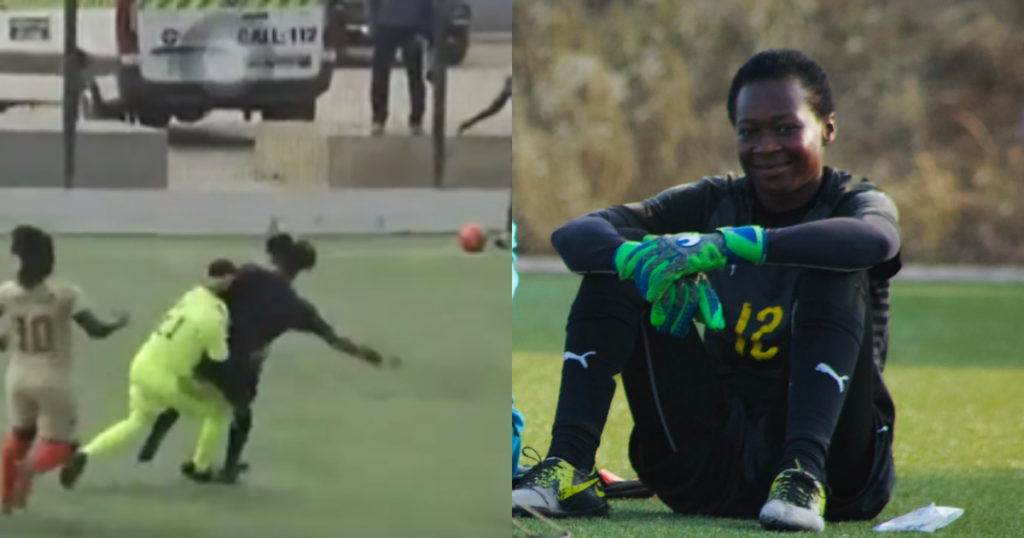 Goalkeeper of Soccer Intellectuals, Selina Abalansa has attacked a referee in a Women's Super League game at the Madina Astro Turf.

Selina Ablanasa had been beaten by Helena Obeng of Prisons Ladies before slotting home.

And just as the referee whistled for a goal, she was met by the furious goalkeeper who smacked and brought her down in vicious manner.

Reacting to the incident after the game, Abalansa explained she didn't intend to fight the referee as it has been seen in the viral video.

"I didn't approach the referee with the intention to beat her up. I went there and spoke in our language (because we are all from Bolgataga) demanding to know why she was cheating us," she told Akoma FM.

"To my surprise, the referee held my jersey but initially i took it as a joke and even attempted to hug the referee but i realized she was serious.

"When I attempted to wrestle myself from the grip of the referee, we all fell down. When the referee was cheating us, our Team officials instructed us to walk off the pitch and we are all did that.

"I didn't touch the referee, if it was my intention to beat the referee up, i would have hurt her badly.

"God is my witness, I never intended to beat the referee up. I swear on my father. We are yet to hear anything from GFA after the incident."