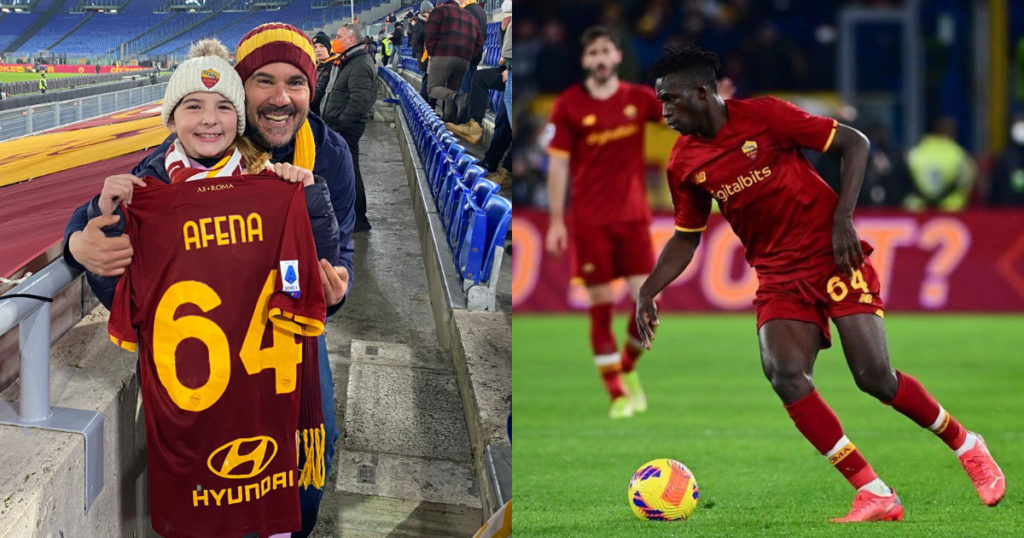 Ghanaian youngster, Felix Afena-Gyan, made the dream of a young AS Roma fan come true after gifting her his jersey.

The forward, who started the game against Cagliari on Sunday, went to the stands to find Adelia, the young fan, who has been raving about the Ghanaian, to hand her his jersey.

The lovely sight was caught on camera as the little girl kept applauding the forward to glee to fans around.

In the end it all worked out for the best... 🤗 pic.twitter.com/pewh7ZO0h6

Afena-Gyan is enjoying a breakthrough campaign after earning promotion to the first team late last year.

He made his debut against Cagliari in November and has since made eight appearances for the Italian giants, and has scored two goals for the Giallorossi.

The player who turned 19 on Wednesday, January 19, was named in Ghana coach Milovan Rajevac's 30-man provisional squad for AFCON but was later dropped before the competition.