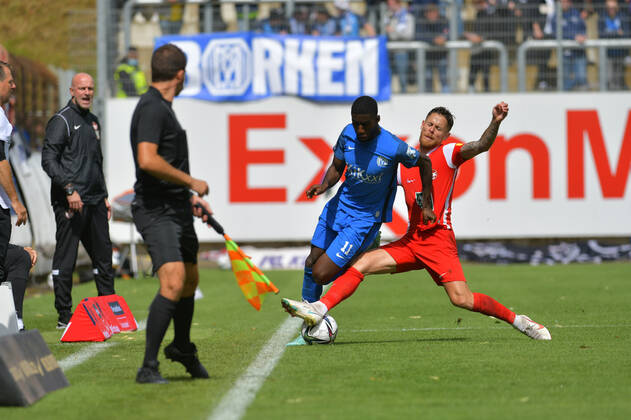 Ghanaian winger, Morgan Fassbender netted his first goal of the season as SV Meppen thrashed Viktoria Koln on Monday in the Bundesliga III.

The German-born Ghanaian was in phenomenal form for Meppen as he also provided the assist for his side's second in the 4-0 thumping of Viktoria Koln.

Forward Luka Tankulic opened the scoring after 39 minutes before Fassbender delivered the assist for the striker's second after the break.

The 23-year-old then went from a provider to a scorer after netting his first of the campaign in the 73rd minute after out-running Koln's right-back to slot home.

He was replaced by Beyhan Ametov with three minutes left but Meppen had one last effort, which was converted by Richard Sukuta-Pasu.

The victory sends Meppen third on the table as they continue their chase for promotion to the Bundesliga II.