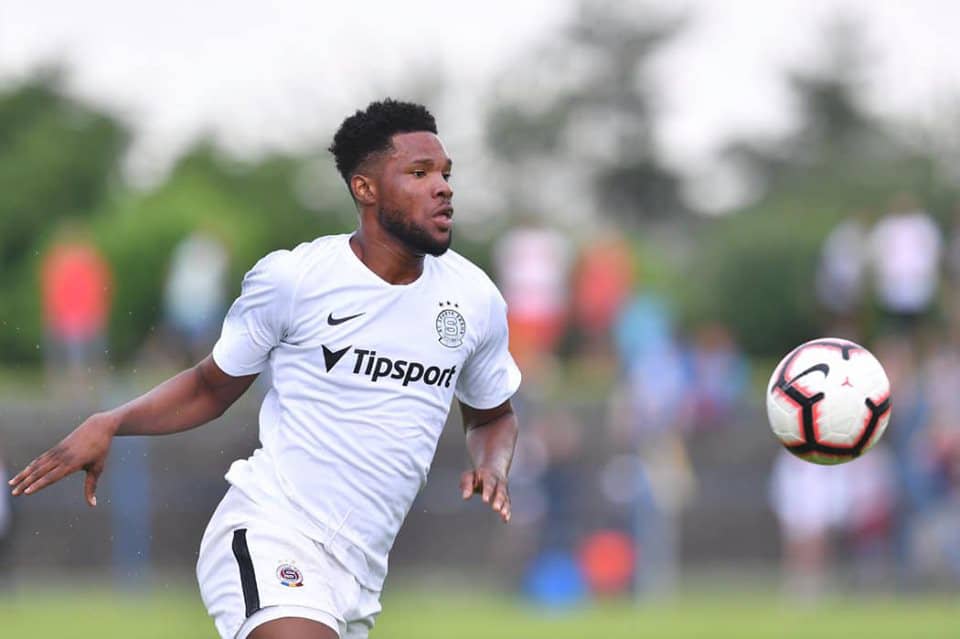 Ghana striker Benjamin Tetteh scored a second-half hat-trick as his Czech top-flight side Sparta Prague defeated second tier side Jihlava 5-0 in a friendly at Strahov on Thursday.

The 22-year-old scored all the goals when he came on as a substitute in the second half of the match played at the Great Strahov Stadium in Prague.

Sparta were preparing for the re-start of the season after the Christmas break and Tetteh showed his readiness when he entered after the break with his side in a 2-0 lead.

Libor Kozák and Georges Mandjeck scored the first two goals before the half time and then Tetteh took firm charge of the match. the next goals in the beginning of the match.

The Ghanaian was fouled by Vejmolou in the box and Tetteh took the ball and dispatched the penalty with aplomb.

Tetteh reserved the special moments for the latter parts of the game. The Sparta striker took advantage of Haška's great pass in 74th minute to score his second of the game.

Seven minutes before the end, the Ghanaian took the ball on the left side, dribbled several defenders, before hitting the ball to score from a tight angle at the far post to complete his hat-trick.

Tetteh is hoping his pre-season form will be replicated when the season re-starts.

Watch video of Tetteh's hat-trick below: