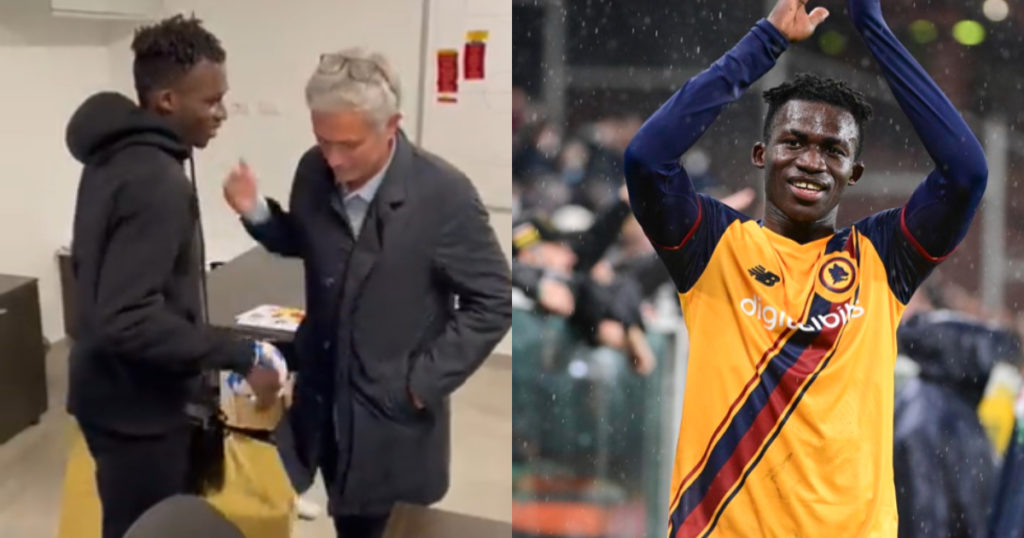 AS Roma manager Jose Mourinho has delivered his promise of buying a new €800 boot for Ghanaian teen sensation Felix Afena-Gyan.

The Portuguese gaffer had a pact with the 18-year-old that he will buy him his pair of favourite boots if he scored in the serie A.

Afena-Gyan took up the challenge and made history by netting two goals in 15 minutes as AS Roma returned to winning ways with victory at Genoa.

Mourinho after the game revealed his conversation with the youngster and admitted he was going to honour his promise.

"“I had promised to buy Felix the shoes he really likes, which are really expensive, they cost €800, so he ran over and told me not to forget! Tomorrow morning, the first thing I do is buy him the boots," said Mourinho after the game.

The teen sensation made his debut in the comeback win against Cagliari before making appearances in the games between AC Milan and Venezia.

He became the first player born in 2003 to score in the Italian topflight.