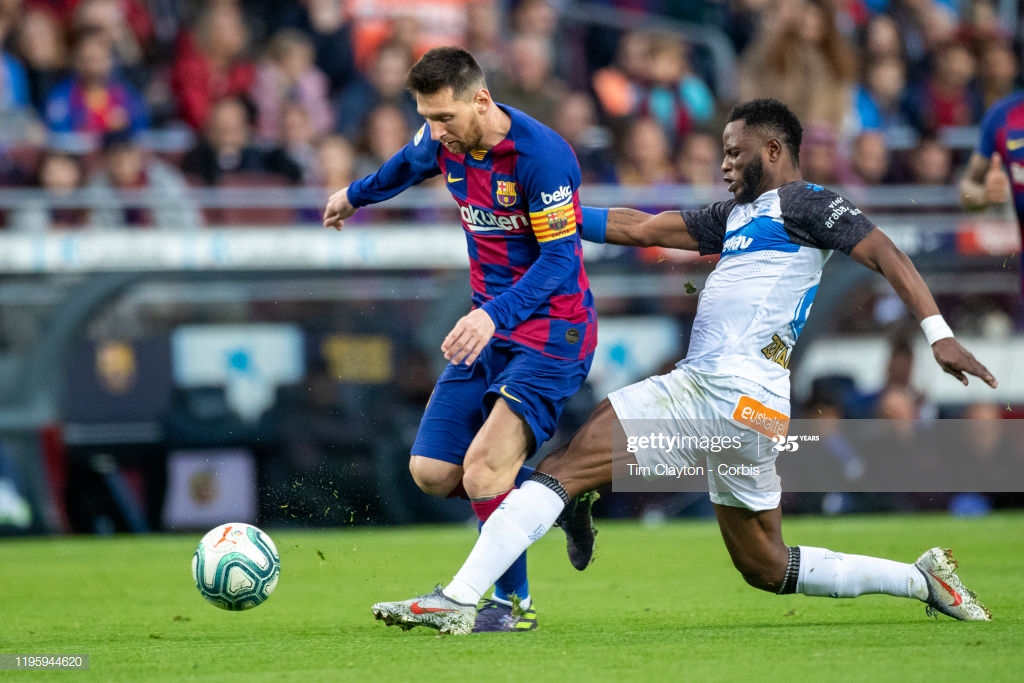 Former Deportivo Alaves midfielder Mubarak Wakaso has settled the debate over who the best player is between Cristiano Ronaldo and Lionel Messi.

The Ghanaian, who has played against both players in the LaLiga, has for the first time has opened up based on his experience of playing against the two legends of the game.

Debates over the best player between Ronaldo and Messi has been raging for years and the person to have faced them both on the pitch might be right based on his direct experience.

Wakaso faced the two great footballers during his time in the La Liga with Alaves, Mallorca, Villarreal,Espanyol and  Elche.

According to him, both players are unique in their own way and dangerous to play against.

Wakaso picked Barcelona star Lionel Messi as the most difficult opponent he has faced among the two.

“Anytime I am asked this question I will be honest, I have played against the two players and I will say it’s difficult to stop Messi”, he told Angel Sports.

“”It is extremely difficult to predict Messi when he is on the ball. I like the two players and they both have a different style of play”.

Mubarak Wakaso has left behind an enviable record in Europe before joining Chinese side Jiangsu Suning in the winter transfer window.

He holds the record for the most carded player in the La Liga for the 2019/20 La Liga season.

He has received 11 yellow cards and one red card.

Wakaso with his style was considered as one of the best combative midfielders in the La Liga this season  before his departure.