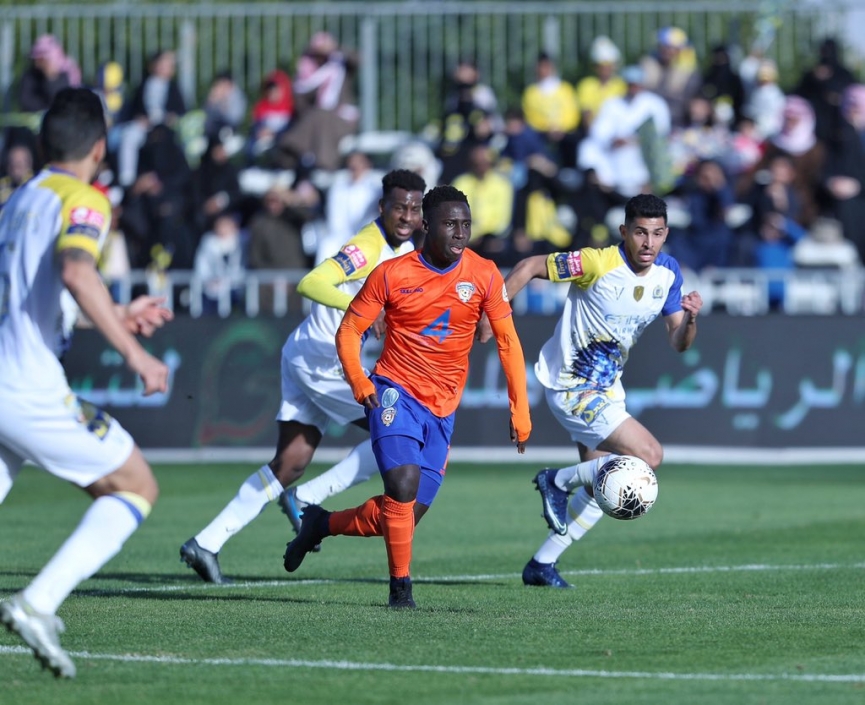 Ghana winger Samuel Owusu was on target for Al Fayha in their 3-1 victory over Al Raed in the Saudi Arabian Premier League on Friday.

Owusu popped up with a superb goal in the 79th minute to seal a 3-1 win for the Orange and Blue lads.

The 23-year-old was replaced by Abdullah Al Mutairi on the 90th minute mark.

He has netted 5 goals in his 18 league games for Al Fayha since joining from Serbian side FK Cukaricki in the summer.