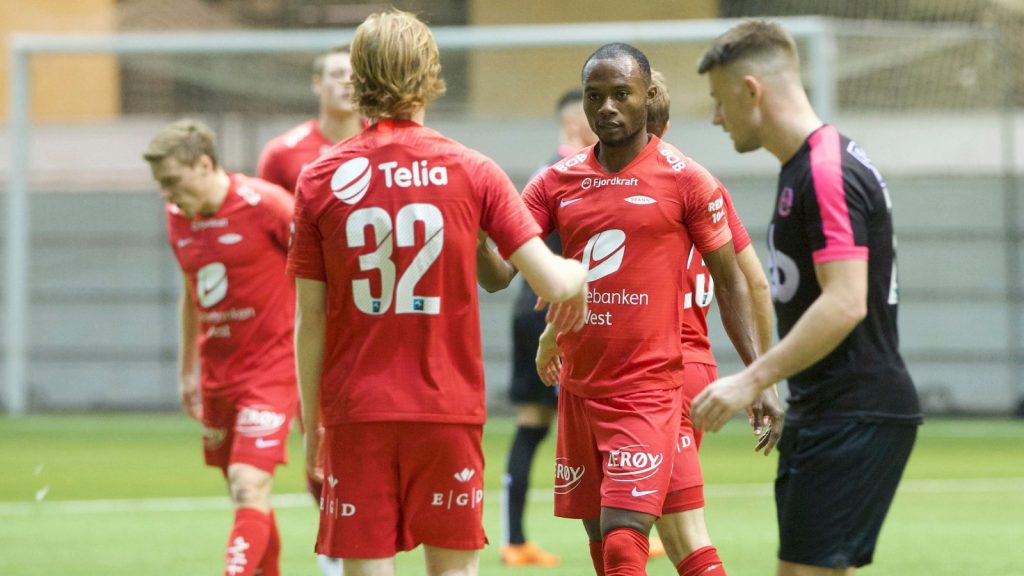 Ghana winger Gilbert Koomson opened his season account for SK Brann in their 3-0 hammering against Viking FK in the Norwegian top-flight league on Sunday.

Koomson, who ended last season with 2 goals in 25 league games, will gunning to improve his tally this term after scoring his first goal in two matches into the campaign.

Brann dominated their opponents before going up in the 52nd minute through Ivorian midfielder Daouda Bamba.

The Red and White lads got their second of the afternoon eleven minutes later after Koomson tapped home from Ruben Kristiansen’s cross.

Koomson was replaced with Gilli Sorensen in the 70th minute.

The victory saw SK Brann move up to 2nd on the league standings.