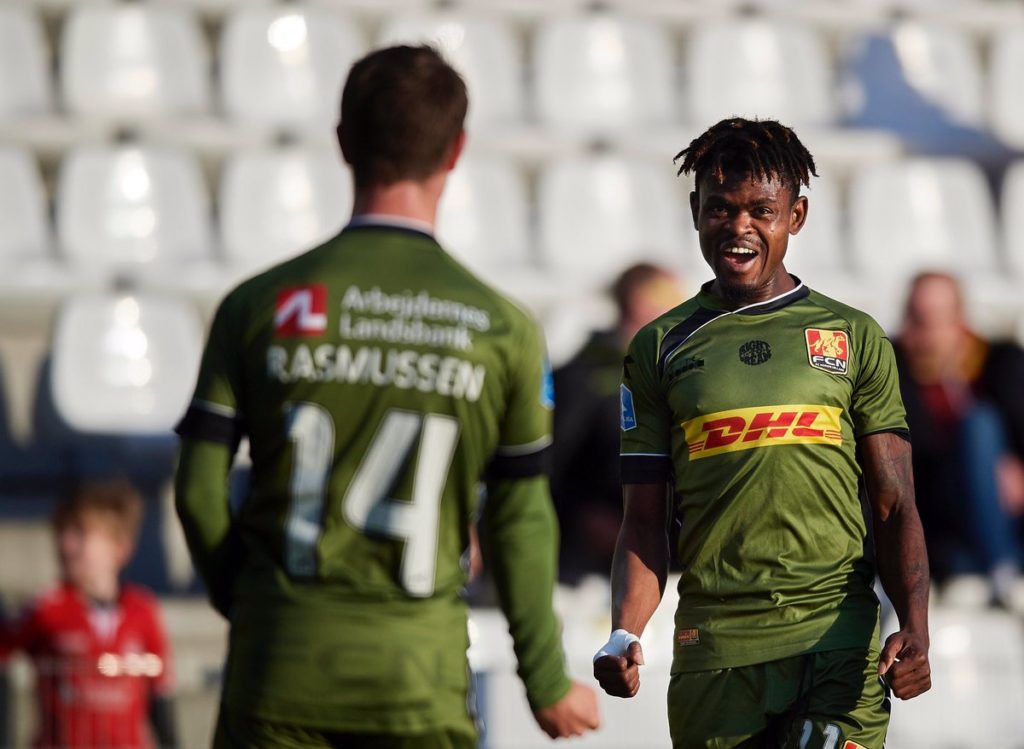 The 24-year-old gave the visitors the lead after just 12 minutes at the Vejle Stadion.

Donyoh-unmarked inside the box- headed in Matias Rasmussen's cross from the left to open the scoring.

He was making his 19th league appearance and has become his most productive season since moving abroad as a teenager.

Two goals in four minutes from Andreas Olson (52nd and 56th minutes respectively) before Kjartan Finnbogason pulled one back for the home team.