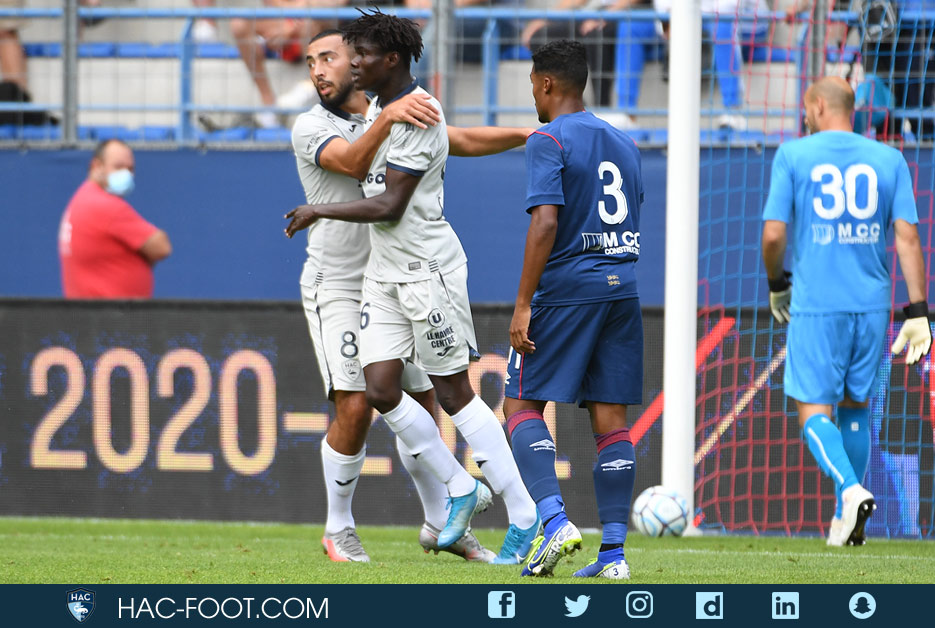 Ghana forward Godwin Bentil was on target on his debut for Le Havre in their 2-1 victory over SM Caen in a pre-season friendly on Saturday.

The budding sharpshooter was promoted from Le Havre second team ahead of their pre-season training.

He has quickly scored high marks in coach Paul Le Guen’s books having hit the back of the twine on his debut.

Malik Tchokounte broke the deadlock for SM Caen after just 13 minutes on the clock.

But the lead did not last as Godwin Bentil restored parity for Le Havre from a gaping net after being teed up by Quentin Cornett.

Jean-Pascal Fontaine clinched the victory for Le Havre in the 73rd minute.

He is likely to replace compatriot Ebenezer Assifuah, who has joined FC Pau on a free transfer.

The 20-year-old was a member of Ghana's Under-17 squad which qualified for the CAF U-17 Championship in Niger but failed to make the squad after failing a mandatory MRI scan.