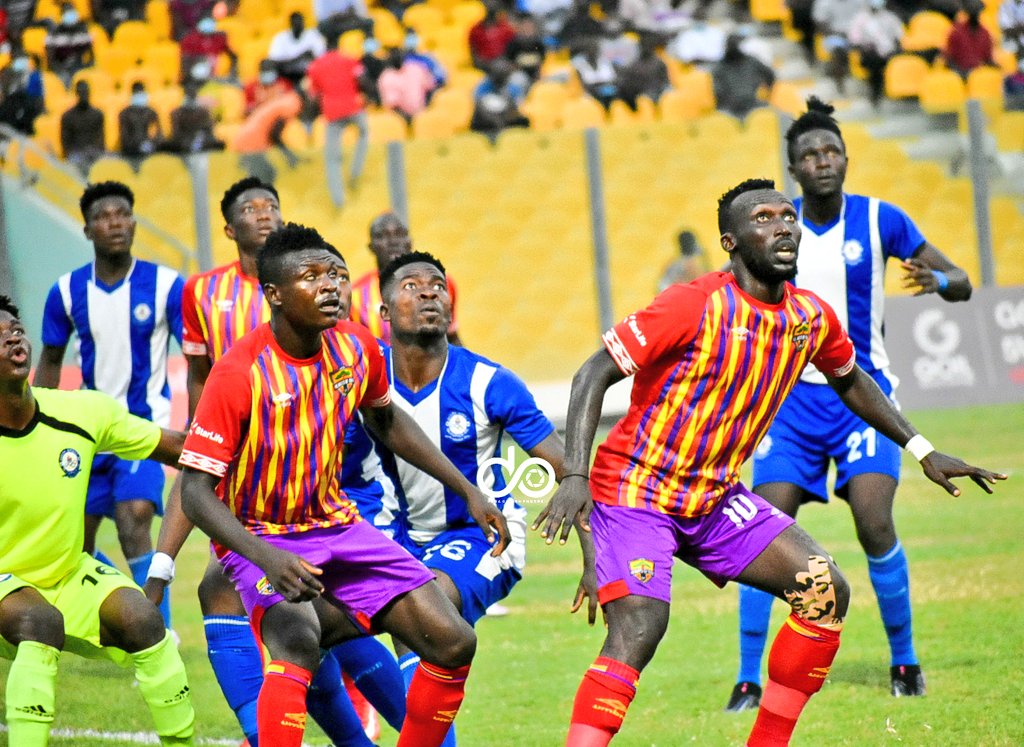 Great Olympics held Hearts of Oak to a 1-1 draw to end the Phobians winning run in the Ghana Premier League.

The Phobians had a goal disallowed in the first half as Isaac Mensah's long range effort hit underside of the crossbar and crossed the goal line before Olympics keeper grabbed it.

But the Phobians remained resilient and in the second half their efforts paid off as Emmanuel Nettey scroed a stupendous goal from Salifu Ibrahim's corner.

However the Phobians jubilation was cut-short when Raddy Ovouka gave the ball away and his marker swinged in a cross into the 18 yard box for Maxwell Abbey to head in the equalizer in the 71st minute.

Having won their last five games, the draw ends their impressive streak but still leaves them on top of the table, level on points with Kotoko.