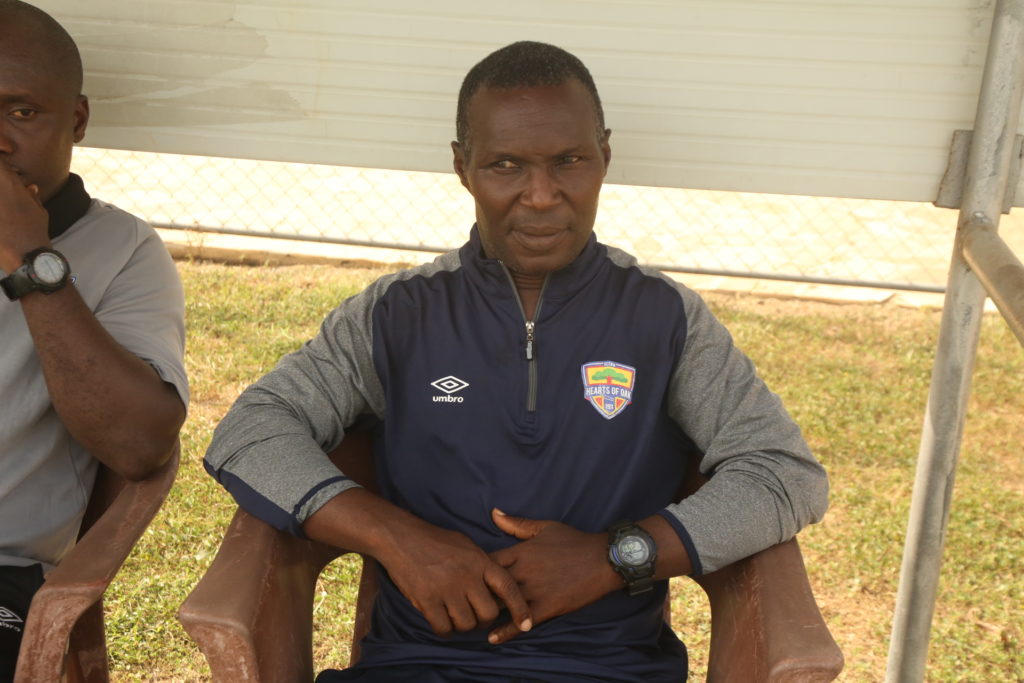 Heart of Oak head coach Edward Nii Odoom has hailed the performance of his players despite the 2-1 loss against arch-rivals Asante Kotoko on Sunday.

Hearts of Oak were hoping to extend their three-match unbeaten run when they welcomed bitterest rivals Asante Kotoko to the Accra Sports Stadium.

But they were dealt an early blow after Justice Blay put the Porcupine Warriors ahead with a thumping header in the 11th minute.

The Phobians regrouped in the second half and took charge of the game before finding the equalizer through striker Joseph Esso in the 64th minute.

However, Kotoko were awarded a controversial penalty in the 89th minute when referee Emmanuel Eshun adjudged Hearts of Oak centre-back Mohammed Alhassan to have handled in the box.

Guinean forward Keita stepped up and expertly sent goalkeeper Atta the wrong way to make it 2-1 to the visitors.

During his post-match presser, coach Odoom did not feel disappointed with the display of his charges but rather the result, which he promised they will continue working to improve it.