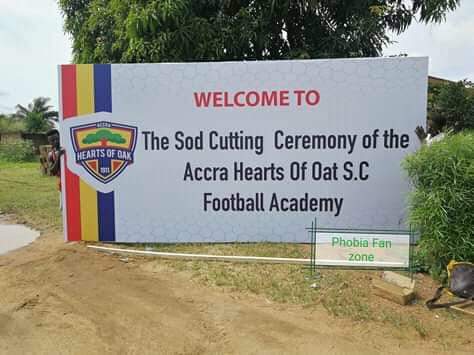 Hearts of Oak broke the ground for the construction of the Pobiman Academy project on Monday as the club marked their 108th birthday anniversary.

If completed, it will include state of the art training facilities, football pitches, hostels, semidetached houses and a dinning hall among others.

At the ceremony, traditional religion leaders poured libation to the ancestors to help make the project a success.

In attendance were past and present management members of the club, including newly-elected Ghana Football Association president Kurt Okraku and some members of the Executive Council.