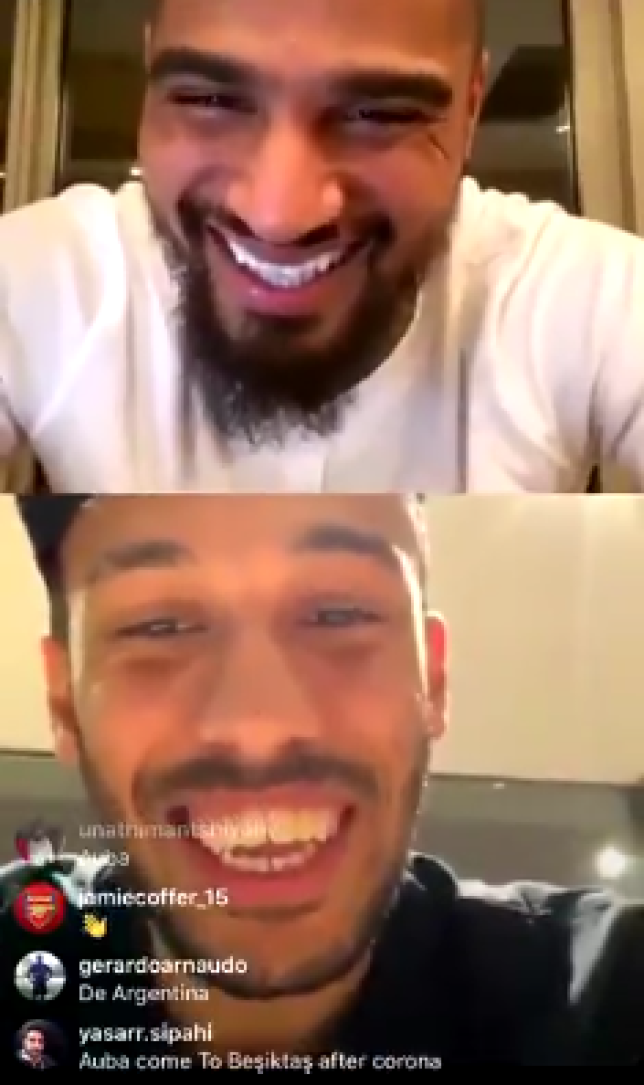 Ghanaian Kevin-Prince Boateng has joked about swapping clubs with Pierre-Emerick Aubameyang by moving to Arsenal while the Gabonese star replaces him at Besiktas.

The two were taking part in a live video on the social media site Instagram to kill boredom as coronavirus pandemic has forced the suspension of both English league and Turkish league.

Boateng and Aubameyang had a lengthy conversation with Kevin mostly asking the questions. The former Black Stars striker even went to the extent of asking Aubameyang about his future at the club.

'They're [fans] all saying you should sign a new deal with Arsenal,' Boateng said first up.

Aubameyang replied: 'Ah yeah, I know,' before the Ghanaian asked him how long he had left on his current contract.

The Arsenal skipper said: 'One year,' and then replied 'sure, sure..' laughing when asked whether he would stay at the club.

Unable to get a direct answer, which he wasn't expecting, Boateng then made a joke about moving to Arsenal while Aubameyang joins Besiktas.

Video: Besiktas’ Kevin-Prince Boateng on Instagram Live with Pierre-Emerick Aubameyang, asking him about his future at Arsenal. #afc pic.twitter.com/EOAI4cBjD4