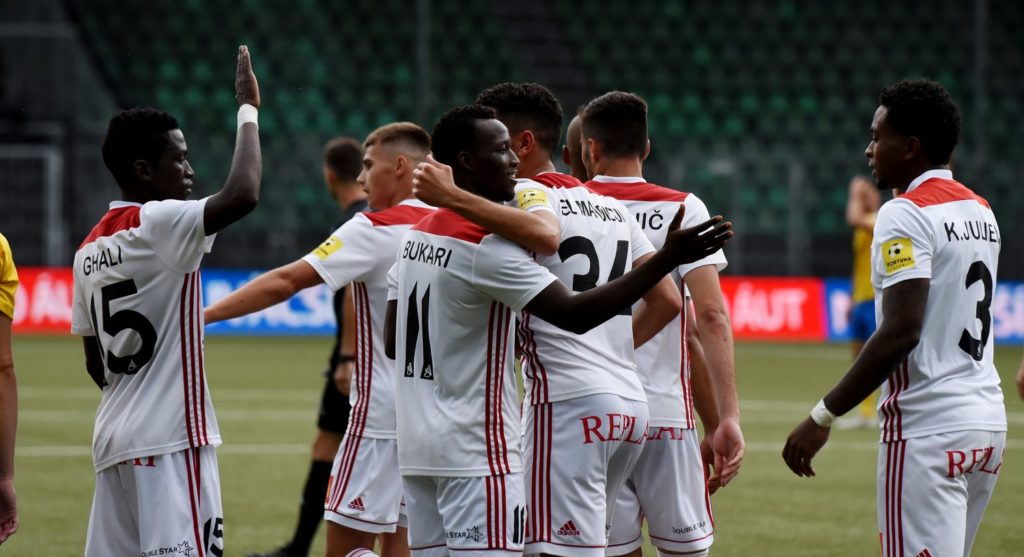 Fast-rising Ghanaian winger Osman Bukari was at his usual best as he bagged his eleventh goal of the season for AS Trencin during their 3-1 victory over FK Senica in the Slovakian top-flight league on Saturday.

The in-form wideman became the second highest scorer in the league following his goal against FK Senica at the OMS Arena on Saturday.

The player whose explosive form has courted massive interest from several clubs climbs to the second place on the scorers'chart even though he is a midfielder.

AS Trencin dominated their opponents in the opening minutes of the game before getting their noses in front through Bukari in the 22nd minute.

Gino Van Kessel doubled the Red and White lads advantage five minutes later before Ante Roguljic took the game beyond the hosts in the 31st minute.

The youngster has scored 11 goals and registered 14 assists in 26 appearances in all competitions for AS Trencin this term.

Bukari has appeared 10 times in the Slovakian Premier League Team of the Week.

His impressive displays is what has led to several clubs changing including Portuguese giants Sporting Lisbon chasing after his signature.