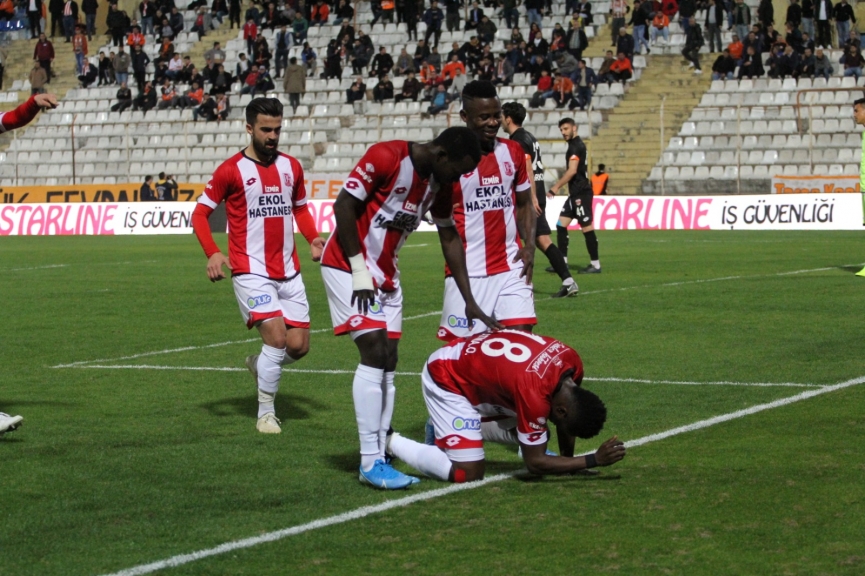 Ghanaian striker Mahatma Otoo broke down in tears after netting for Balikesirspor in their 1-1 stalemate with Adanaspor in the Turkish second-tier league on Friday.

The former Hearts of Oak captain clearly struggled to deal with emotions after fetching the opening goal for Balikesirspor in the 39th minute to silence the hosts fans at the 5 Ocak Fatih Terim Stadium.

Otoo’s mother, Love Habibatu Ankrah, passed away on Wednesday at the Trust Hospital in Osu after battling short illness.

Adanaspor however hit back in the 73rd minute through Turkish youngster Hakan Cinemre.

Otoo has scored 1 goal in 23 matches for Balikesirspor this term.