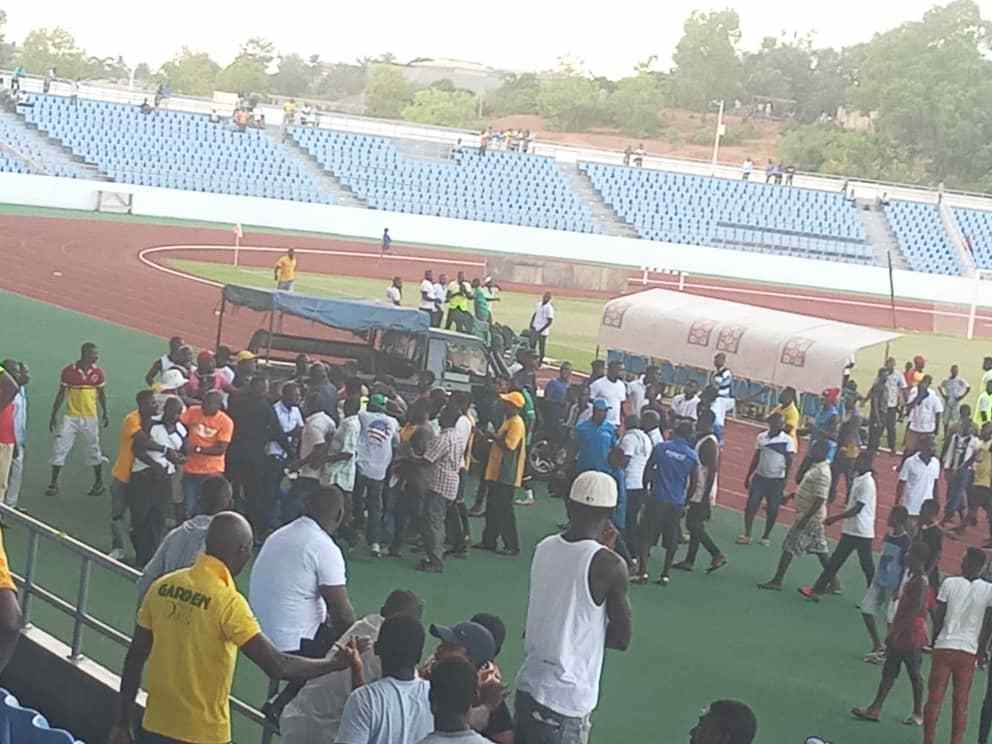 Fans of Ebusua Dwarfs thronged the pitch following a 2-1 defeat to Hearts of Oak in the Special Competition on Sunday at the Cape Coast Stadium.

Manaf Umar's second half goal was enough to secure all three points for the Rainbow club.

In the wake of the game, dozens of Dwarfs players and supporters expressed their disappointment in officiating as they took the laws into their hands by chasing the referee out of the pitch.

According to reports some Hearts of Oak supporters were not spared by the angry Dwarfs fans.

The victory helped the Phobians maintain their position at the summit of the table in Zone B.