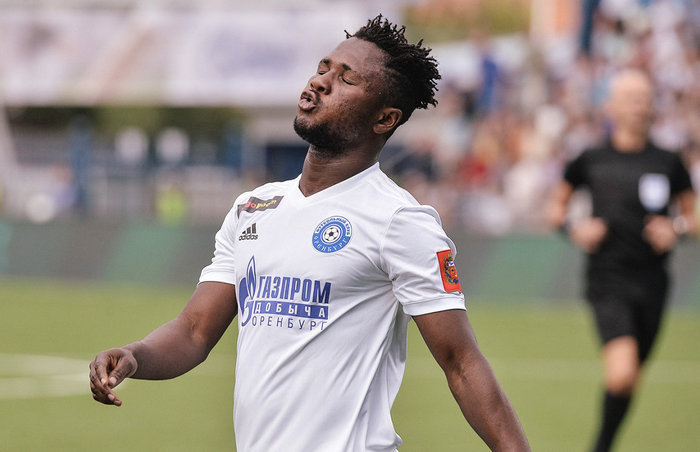 Ghanaian striker Joel Fameye took a knee after scoring in his final game of the season for FC Orenburg in the Russian top-flight.

The 23-year-old scored the only goal as FC Orenburg ended a difficult season with a win. They beat Dynamo Moscow 1-0 away from home.

The result though impressive count for nothing as Orenburg were relegated prior to the match.

Fameyeh scored a brilliant header from a difficult angle. In celebrating his goal, he took a knee in a show of support for the Black Lives Matter movement.

The former WA All Stars attacker was booed by the home supporters as he knelt and raised his right fist to the heavens.