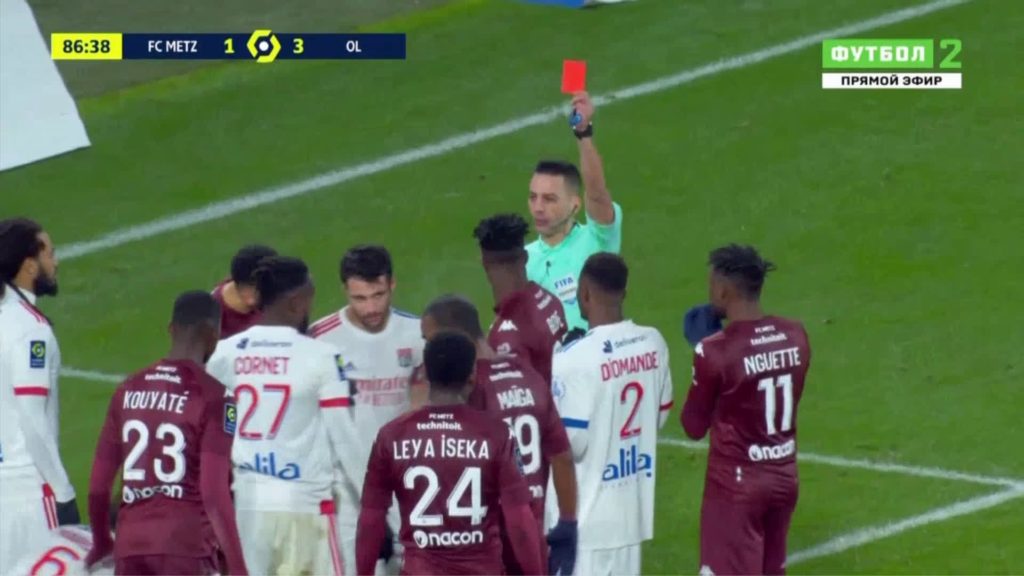 Ghana defender John Boye was unfortunate to be given his marching orders during FC Metz’s 3-1 loss against Olympique Lyon on Sunday.

FC Metz’s poor form in the league continued on Sunday during the Matchday 13 encounter against Lyon at the Stade Saint-Symphorien.

The Maroons are still searching for their first win in four games after their latest 3-1 defeat against the Lions.

Farid Boulaya had a great opportunity to put Metz ahead after only 7 minutes on the clock but the Algerian midfielder’s poor shot was saved by Anthony Lopes.

Lyon got into their groove thereafter and opened the floodgate through captain Memphis Depay in the 17th minute.

Karl Ekambi made it 2-0 for Lyon in the 47th minute before adding his second of the game 13 minutes later.

Boulaya grabbed a goal back for Metz in the 75th minute but it appeared to have arrived late as Lyon were having much of the possession.

In the 87th minute, Metz captain John Boye was shown a direct red card after he appeared to have elbowed Lyon defender Marcelo.

Replays however revealed that the red card shown to the experienced guardsman by referee Karim Abed was cruel.

Boye has been a stalwart for the club so far this season, making 12 Ligue 1 appearances.

FC Metz occupy 13th position on the standings with 16 points after 13 round of games.