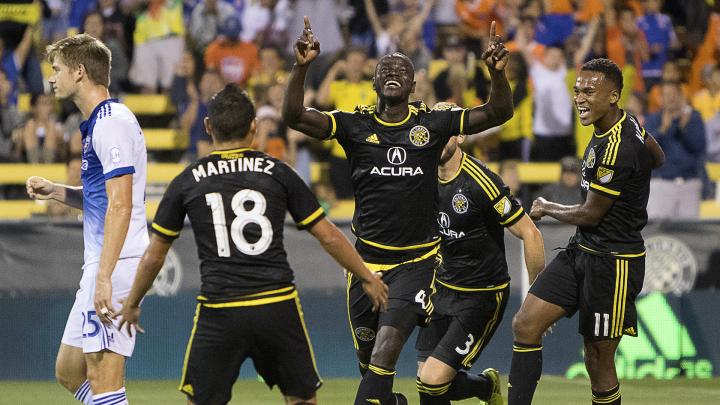 The Ghana defender popped up to head in from a beautiful cross from teammate Higuain as the Black and Golds defeated Dallas 2-1.

Mensah says he can't forget that beautiful header describing it as a sweet one.

"You always remember your first and it was sweet indeed," he retweeted with a video of the goal.

The ex-Ashantigold academy product has gone on to become an influential player for the Columbus Crew since joining from Anzhi Makachakala in 2016.

Mensah has scored three times for the MLS side in 77 appearances for the club.

You always remember your first and it was sweet indeed #Crew96 🖤💛 https://t.co/xj8u2hkzs7