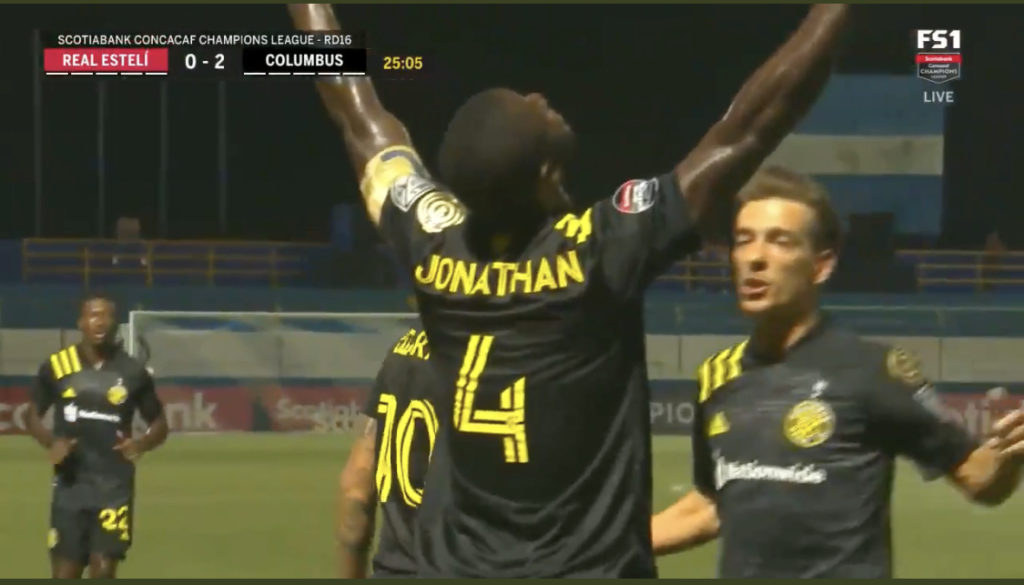 Ghana defender Jonathan Mensah was on target for Columbus Crew in the 4-0 victory against Real Esteli in the first leg of the CONCACAF Champions League round of 16 on Thursday night.

Despite the game being the Crews first since lifting the MLS Cup in December last year, Caleb Porter’s men looked sharp in every department of the field as they walloped the Nicaraguan giants at the Estadio Independencia.

United States of American international Gyasi Zardes broke the deadlock of the game as early as the 19th minute with a fine finish.

Captain Jonathan Mensah reacted swiftly to double the visitors advantage with smart goal at the near post in the 25th minute.

Gyasi grabbed his second of the evening eight minutes later, before Pedro Santos wrapped up the half with a cool penalty strike in the 45th minute.

He does it all.

The return leg will come off at Crew Stadium on April 15.