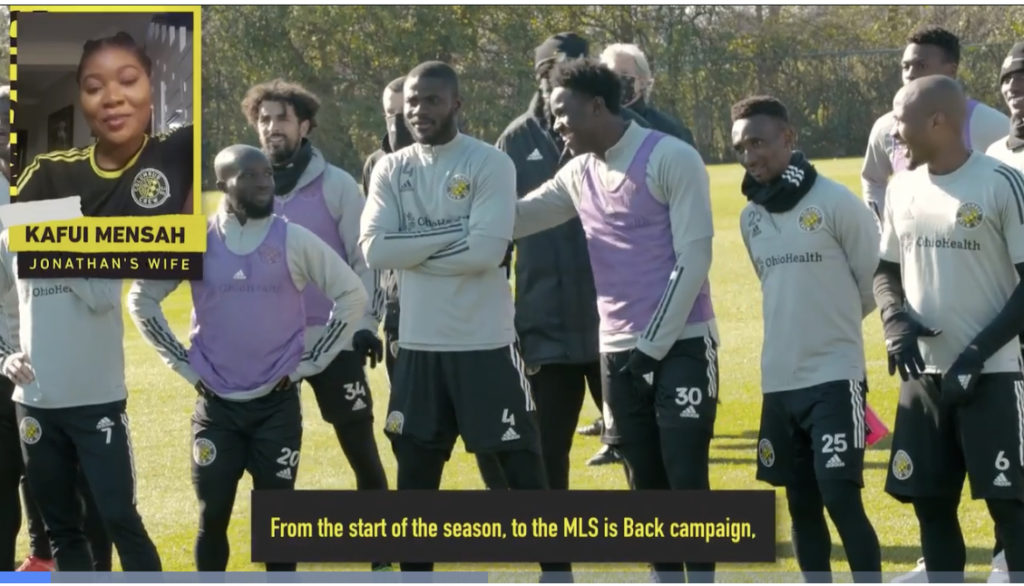 Columbus Crew have released a ‘lovely’ video of how Jonathan Mensah’s wife, Kafui broke the news of his husband’s inclusion in the 2020 MLS Best XI to him and the rest of his teammates.

Mensah has been named to the 2020 MLS Best XI, a season-long recognition honoring the most outstanding performers in the top-flight over the 2020 campaign.

It is the first time the Ghana international has been named to the MLS Best XI.

Mensah –  who recently signed a multy-year contract extension with Crews SC – joined Crew SC ahead of the 2017 MLS season and has since made 100 regular-season appearances (97 starts) for the Club, while scoring three goals and providing one assist.

He made his milestone 100th regular-season appearance on Decision Day in a 2-1 home victory against Atlanta United (November 8).