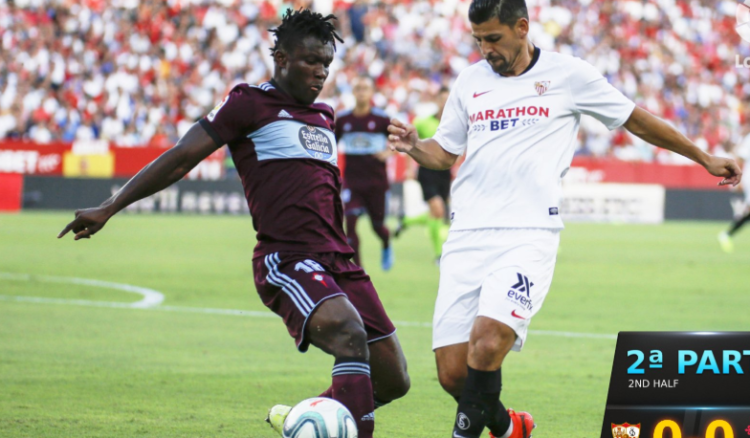 Aidoo, a summer signing from Genk,  was handed his first start on the second matchday of the new La Liga season when Celta played Valencia at home.

The 23-year-old did not disappoint on the night as his strong performance contributed to Celta earning a 1-0 victory.

He made 61 passes (with 98% pass accuracy), six clearances, as well as won possession in the final third two times.

“The feeling was very nice when I got to know that I am starting [my first match for Celta]. Also seeing my name at the back of the jersey was really nice and at the end, we won, it was really fantastic,” Joseph Aidoo said in an exclusive interview with club's media team.

He made nine clearances and one interception as Celta earned a 1-1 draw at the Ramon Sanchez-Pizjuan.