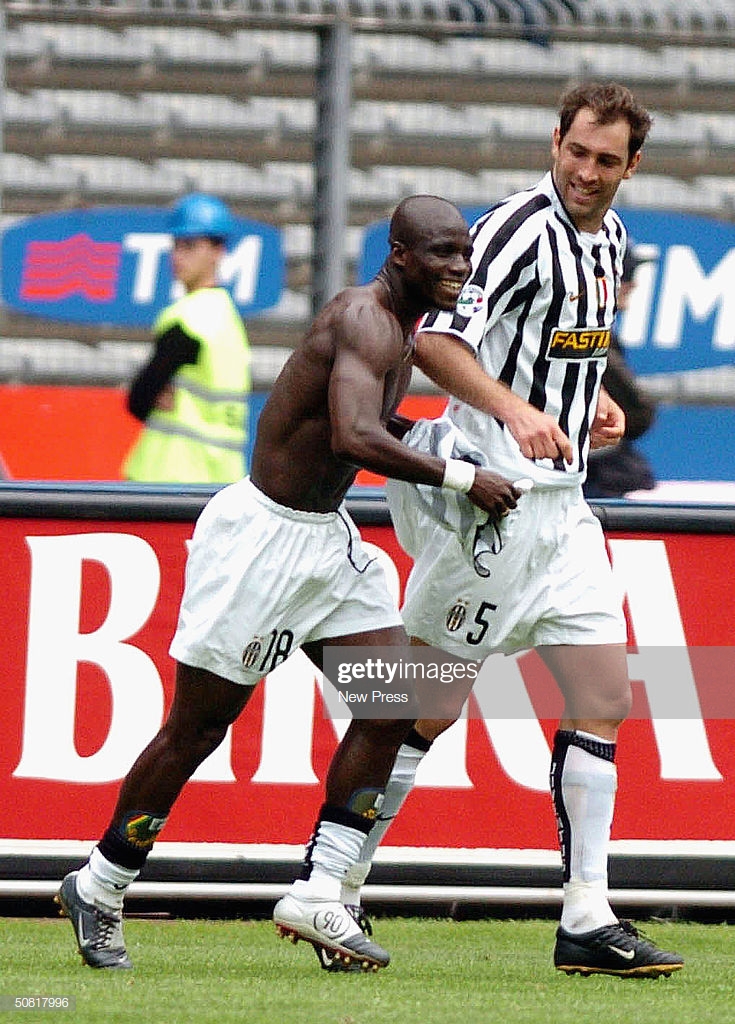 TURIN, ITALY - MAY 9: Stephan Appiah celebrates with Igor Tudor of Juventus after scoring a goal during the Serie A match between Juventus and Sampdoria played at the Delle Alpi stadium on May 9, 2004 in Turin, Italy. (Photo by Newpress/Getty Images)

Back in May 2005, Stephen Appiah scored this superb solo goal to help Juventus to a 4-2 victory over Cagliari.

With Cagliari making a trip to the Juventus Arena in the first fixture of the new year on Monday, the Old Lady took to Twitter to celebrate one of the memorable goals scored against the Sardinia-based outfit.

Watch the goal below;

He called time on his illustrious football career in 2012.