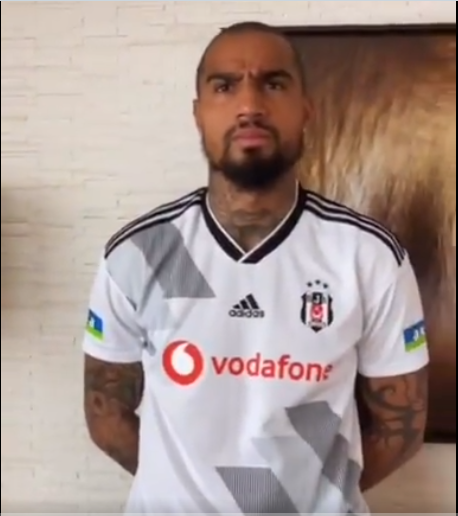 Ghana forward Kevin Prince Boateng is making the most of the quarantine period with his family after remaking a champions league game at home.

The Besiktas star together with his wife Melissa Satta and son Maddox posed for the UEFA Champions League anthem before a home match.

Boateng was the goalkeeper with his wife a defender, Maddox was a striker and had a one on one with his mum before he eventually dribbled her to unleash a shot that went straight between the legs of his father for a goal.

The trio celebrated in what looked a beautiful family affair.

The Boatengs have been having a good time during this period due to the break in football following the rapid spread of the coronavirus.

The family have made a few videos of themselves making the most of the moment.