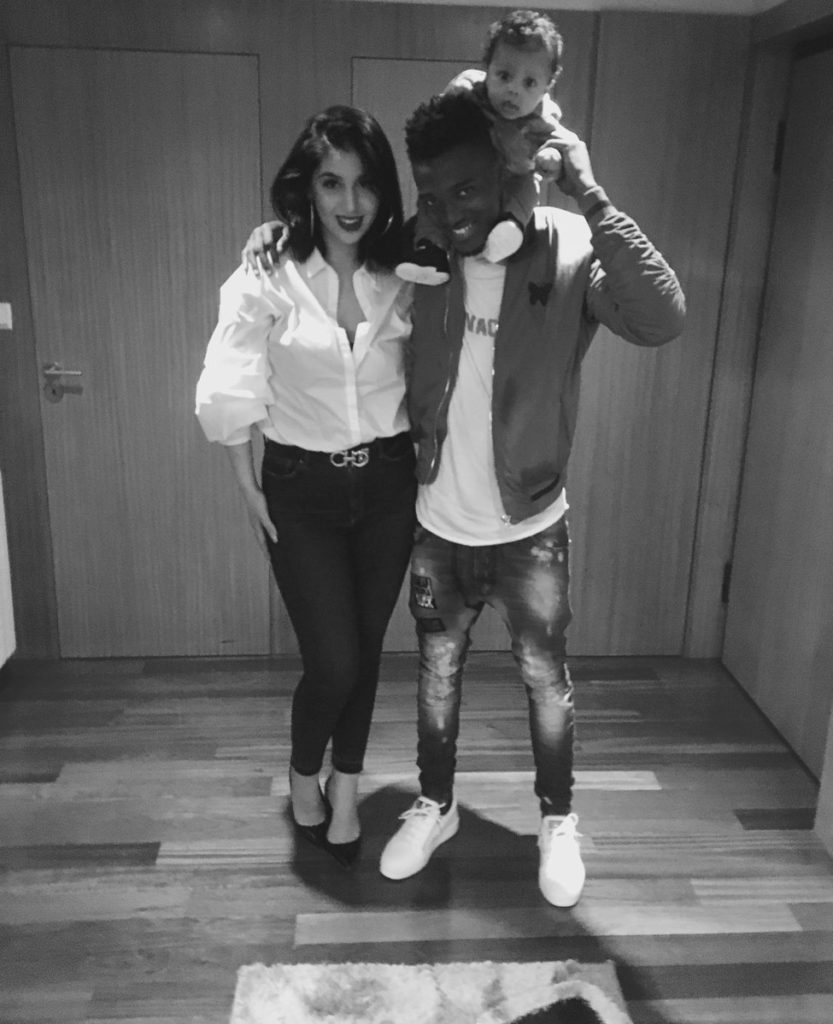 Ghana midfielder Bernard Mensah has dedicated the goal he scored during Kayserispor's 2-0 win against Sivasspor to his wife, Ana Mensah and their kids.

Mensah netted from 12 yards in the 84th minute of the Turkish Supa Liga contest at the Yeni 4 Eylül Stadyumu as Kayserispor run away with the three points.

Turkish midfielder Hasan Huseyin Acar had given the Blood and Gold lads a late first half lead before Mensah sealed the victory from the spot.

The victory helped Kayserispor close up the gap on Yeni Malatyaspor in the relegation.

In the wake of the match, the 25-year-old took to social media to dedicate the goal to his wife and kids.

Mensah has been married to Ana Manuela Ferreira Costa for over five years. The couple have been blessed with two children.

Ana, who hails from Portugal, is a model, fashion designer and a lifestyle blogger.

The Anatolian Stars sit 16th position with 28 points from 29 matches, same as Yeni Malatyaspor who are 15th but superior goal difference.

Mensah has plundered 5 goals and provided 8 assists in 23 games for Kayserispor so far this season.