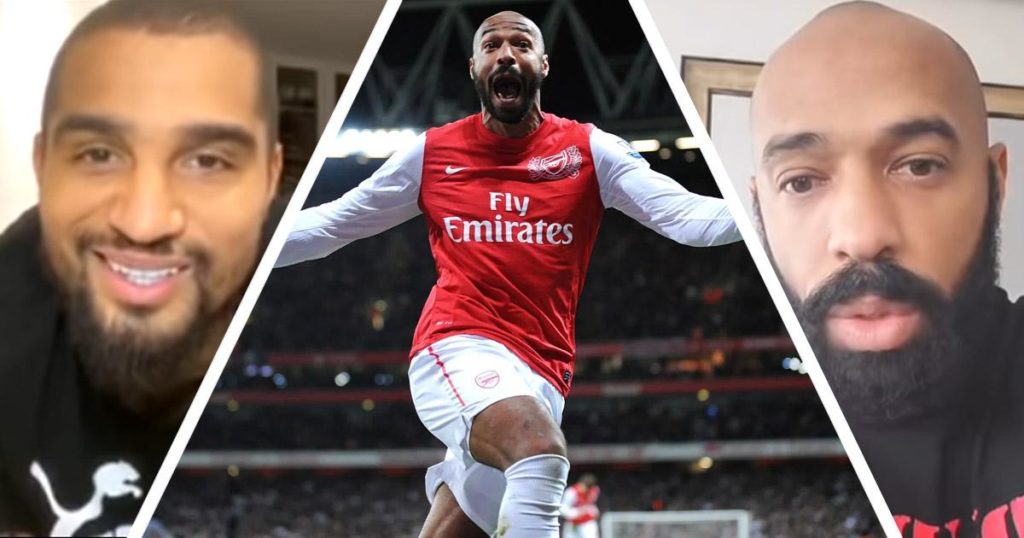 The German midfielder had a chat with the Arsenal legend as the 33-year-old explained how Thierry 'made history' in football with the Frenchman spilling some beans about the origins of his trademark style.

"Listen, I remember you," Kevin-Prince Boateng told Thierry Henry in an Instagram Live chat. "Bro, you have no idea what an inspiration you were for my family.

"My older brother, my younger brother, all my friends, you have no idea. I never told you because we've never had a chance to talk.

"You made something," Boateng continued. "You brought something out in football. Maybe you don't even know but maybe you know. These socks over the knees. That's something.

"And the mercurial vapor. I know, Puma, you're gonna hate me, but that's history guys, that's legendary.

"You even made Reebok look unbelievable."

After finishing his laughter burst, Thierry revealed how this style came about.

"Let me tell you something," the Montreal Impact boss said. "When I arrived in England and I had my socks over my knees. I used to get hammered.

"They used to call me a ballet dancer, 'look at him, he thinks he's gonna dance' and I used to have gloves with short sleeves. And I wasn't scoring goals, I'd just arrived.

"They were like 'what is this guy?' and, like I said, I'm a bit stubborn, I was like 'no, I always put my socks over my knees', that's not going to change the way I play or what people think, so I kept it."

Jokes aside, Henry was an absolute beast in his prime and even Leo Messi admitted it:

"With this style, you made the history of football," the Besiktas man continued. "Maybe you don't realise. My son, he's six years old, my other son, he's gonna be twelve, that's what they do. Because they see it from me.

"But you were the first."

"I took it from someone," revealed Henry. "Sonny Anderson, Barca player."

This is the best video I’ve ever seen