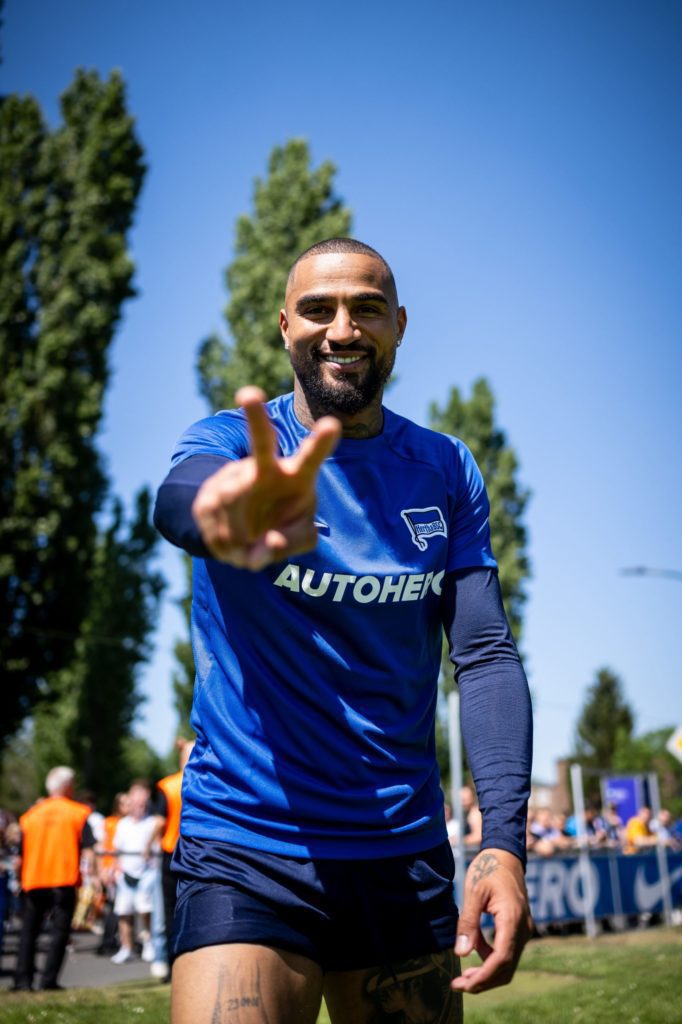 The enigmatic midfielder is staying in Berlin for another year and has come up with an unusual way to celebrate.

As part of the announcement accompanying his new contract, the former Ghana international was filmed in a kebab van making a delicious promise to fans.

To make his promise, Boateng has teamed up with the Hakiki kiosk - a popular food outlet in Berlin's Wedding district where the 35-year-old grew up - and the tag line "still hungry."

Hertha Berlin's director of sport, Fredi Bobic revealed that the club decided to extend the contract of Boateng due to his performance in the relegation playoff last season.

“We have seen the importance Prince has in our team, not only in the relegation (play-off),” Hertha managing director Fredi Bobic said on Wednesday.

“He leads by example and pulls everyone along.

“These are exactly the qualities we need in the coming season.”

He had been left on the bench for Hertha’s 1-0 home defeat in the first leg.