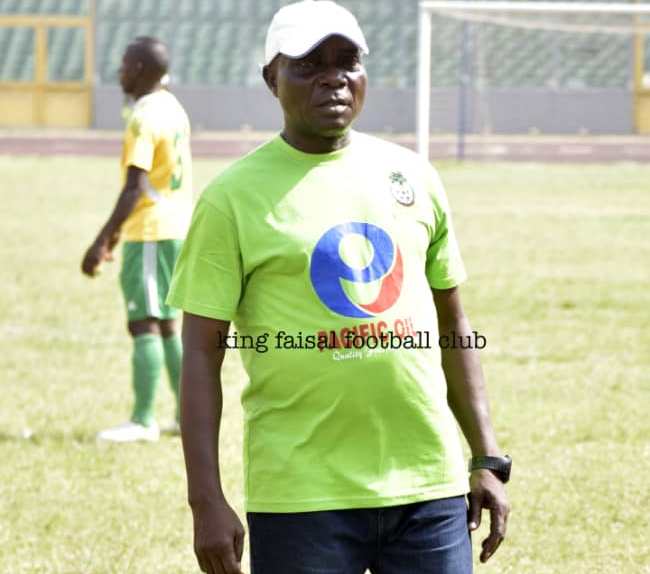 King Faisal coach Anthony Commey is ruing another missed opportunity in winning their first match of the season after Saturday's come-from-behind 1-1 draw with WAFA SC at home.

The Kumasi-based needed a last-gasp controversial penalty converted by Mohammed Mustapha to avoid defeat at the Baba Yara Stadium.

Substitute Samuel Moya wriggled his way into the box and dropped like a stone by the referee Mahama Ewuntonmah was conned and he pointed to the spot.

WAFA had gone ahead in the 67th minute also from the penalty spot when Eric Asamany was cynically brought down inside the box after cleverly outwitting his marker.

Commey, despite happy his side avoided defeat at the death, felt they shot themselves in the foot by failing to convert chances.

''We have drawn again at home and I think it's not good for us to have drawn this game,'' Commey said in the post match.

''We came to win this game with determination, especially when we started this game we should have put the game to an end there with about two goals to come in the second half but it didn't go well for us.

''We have a drawn game and it's better than to lose.''

Anthony Commey says the draw is better than defeat. He also admitted things are not looking good for the club at the moment.#InshaAllah pic.twitter.com/KxFvJzSjXa