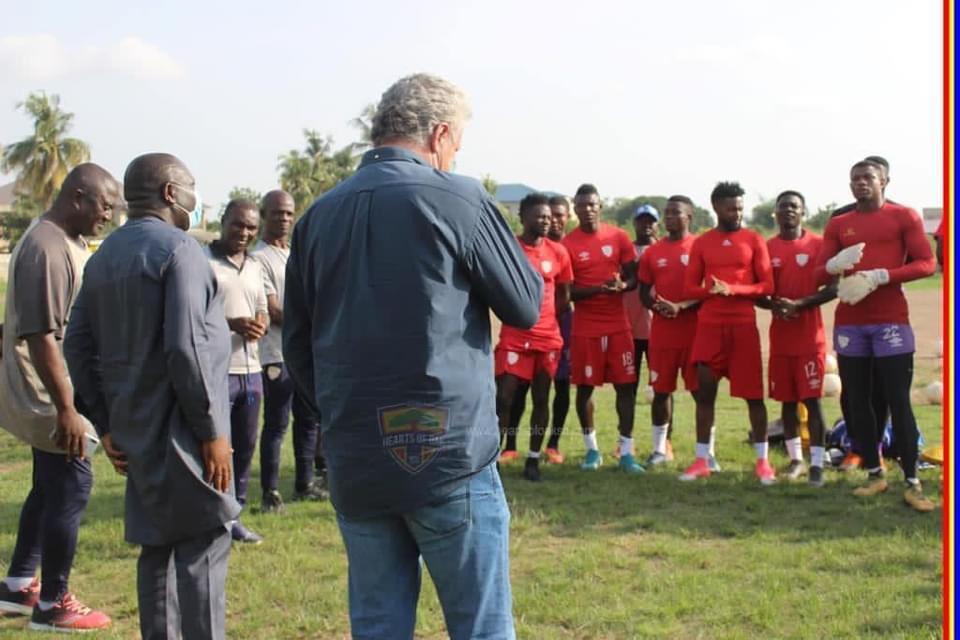 Serbian trained Kosta Papic took part in his first training with the team on Wednesday.

The newly appointed Hearts of Oak coach Kosta Papic met the playing body for the first time ahead of his first game on Friday against Karela United.

Papic was named head coach on Tuesday following the demotion of Edward Odoom to the youth.

He arrived in Ghana at the weekend to take over the Technical Director role but after a disappointing start to the season, which includes defeat to Inter Allies last Sunday, the club's top hierarchy decided to hand him the coaching role.

The 60-year-old Serbian was in charge of the Phobians when they last won the league in the 2008/09 season.

He will be assisted by Asare Bediako, who was appointed assistant coach in November.